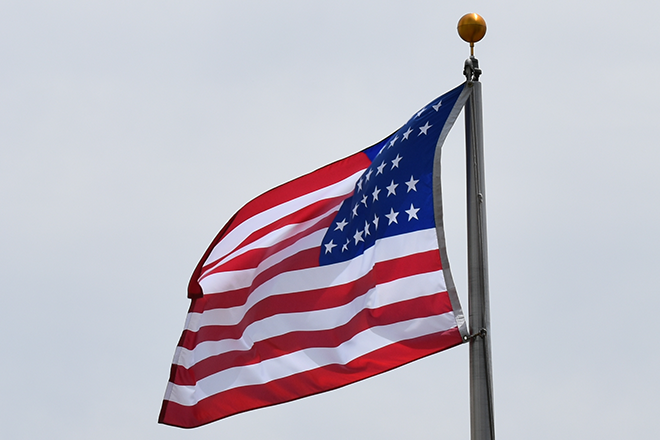 In July, David Rittgers was promoted to Lieutenant Colonel in the U.S. Army. He previously attended the University of Missouri on an Army ROTC Scholarship, earning a degree in Political Science.

Rittgers is the grandson of the late Donald and Mary Rittgers and Thomas O'Dea and Mildred O'Dea Crockett.

After completing Infantry Officer Basic Course and Ranger School at Fort Benning, Georgia, he spent 24 months in Korea as part of the 2nd Infantry Division. He was promoted to Captain and selected to attend Special Forces training at Fort Bragg, North Carolina. He subsequently served as a Special Forces Operational Detachment-Alpha Commander and completed three tours in Afghanistan. During the last of these tours he commanded A-Camp Tillman, located four kilometers from the border with North Waziristan and named for NFL player and Army Ranger Pat Tillman. He was awarded the Army Commendation Medal for Valor and two Bronze Star Medals for his service in Afghanistan.

Rittgers resigned his commission to attend law school at the University of North Carolina at Chapel Hill. After passing the Virginia bar, he worked at the Cato Institute, Washington, D.C., as a legal policy analyst. He appeared on several national TV programs, including those hosted by Bill O'Reilly and Larry Kudlow, and published op-eds in outlets such as the Wall Street Journal and Politico.

In addition to his work at Cato, Rittgers again wanted to serve his country and joined the Judge Advocate General's (JAG) Corps in the Army Reserves. When his unit was called up to Fort Bragg to replace a deploying unit, he opted to return to active duty as a Major and spent a year at the JAG School in Charlottesville, Virginia, where he earned a master's Degree in military law and received recognition for the highest class standing in International and Operational Law. For his next assignment he was sent to Fort Carson as a Brigade Judge Advocate for 2nd Brigade, 4th Infantry Division, the storied Warhorse Brigade.

After an assignment to Fort Polk, Louisiana, as Chief of Military Justice for that post, he was selected as a Special Victim Prosecutor at Fort Benning, Georgia. He currently prosecutes crimes of sexual assault, domestic violence, and child abuse for a jurisdiction that includes Fort Benning, Fort Rucker, Alabama, Eglin Air Force Base, Florida, and Puerto Rico.