Colorado Governor John Hickenlooper has announced Ellen Golombek will be leaving her role as Executive Director of the Department of Labor and Employment (CDLE) to pursue an opportunity with a national workforce advocacy agency.

From rolling green fields and helpful pollinators to patriotic cowboys and cattle in the morning light, the beauty of Colorado agriculture is evident. It's once again time to capture the "spirit" of Colorado agriculture through pictures. The 20th annual "Colorado...it's AgriCultural" photography contest is seeking entries as a way to celebrate the state's agricultural heritage.

The United State Geological Survey recorded the ninth earthquake of the month for Colorado following a weak quake that occurred around 2:30 a.m. Friday.

Friday's quake measured 2.0 on the Richter Scale and occurred about one-half mile beneath the surface. It was centered about 3 miles south of Paradox in Montrose county along the Colorado-Utah border.

Just before 9:00 a.m. Thursday, the same location was the site of a magnitude 1.9 quake. Another 2.0 quake was recorded in the area September 2. 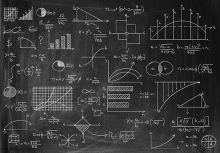 Local students are among the winners of general academic scholarships for the 2017-18 academic year from Fort Hays State University, Hays, Kansas.

This final listing includes some students who have won additional scholarships since being recognized earlier in the year for awards presented to them at FHSU Student Recognition Programs.

Colorado students are listed alphabetically by hometown. Those in eastern Colorado:

After a series of earthquakes in April, Rangely, in Rio Blanco county, is again the site of a series of quakes that began Thursday morning.

According to the United States Geological Survey, the first quake, measuring 2. 5 on the Richter scale, occurred just before 3:00 a.m. Thursday. It was centered 2.5 miles north of Rangely at a depth of two miles.

The second earthquake was centered in the same area at a depth of about 3.5 miles. It occurred just before 2:00 p.m. and measured 2.4 on the scale.

Employers in Colorado added 4,400 nonfarm payroll jobs from July to August for a total of 2,655,300 jobs, according to the survey of business establishments. Private sector payroll jobs increased 2,700 and government increased 1,700.

A study that examined 11.5 million voter records between five states, including Colorado, uncovered 112 instances of possible improper voting in the 2016 presidential election.

Colorado Governor John Hickenlooper announced Thursday that he was calling a special session of the General Assembly - the state's law-making body.

The session is intended to address issues discovered after the passage of Senate Bill 17-267 earlier this year. That bill consolidated two sales taxes on marijuana into a single tax. At the same time - apparently unintentionally - the bill prevented several of the state's special districts and other governing bodies from collecting their own sales tax on retail marijuana.