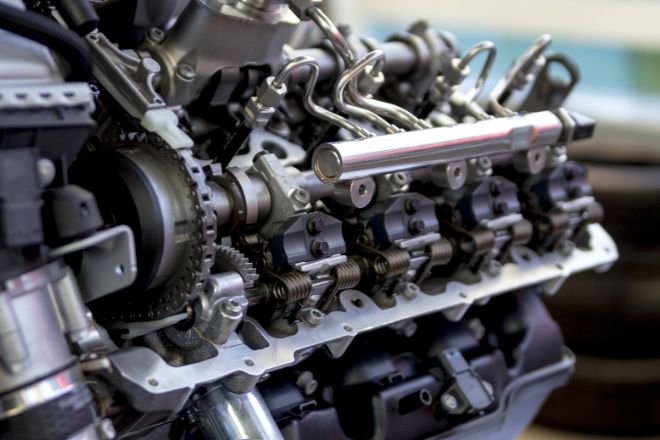 Among car and truck enthusiasts, there's an ongoing debate over gasoline and diesel engines. For years, the gasoline engine was viewed as superior to the diesel, but that attitude is changing. Once only the domain of trains, semis, farm equipment, and heavy-duty pickup trucks, diesel engines are having a renaissance in the 21st century. Environmental concerns are one of the driving factors of this, unbelievable as it sounds. Diesel engines burn cleaner and more efficiently than gasoline engines. Let's explore some of the other benefits of a diesel engine.

Diesel engines have fewer moving parts in them than a gasoline engine. Fewer parts means fewer things that can wear down and break. Diesels don't have spark plugs in them or distributor caps like gas engines, meaning they won't ever have to be changed or repaired. The diesel engine is inherently stronger, more durable, and will last much longer. A diesel engine is just getting broken in around 200,000 miles.

Diesels have a compression-ignition system that is highly efficient. The engine uses high compression to heat the air within the cylinders to create combustion. The higher compression equates to a higher internal temperature in the engine. The higher temperatures translate into greater energy output and the consumption of less fuel to perform the same work as a gasoline engine. Consuming less fuel means fewer stops at the pump and less strain on valuable natural resources.

This is the most obvious benefit, even to those who know nothing about cars and trucks. All you need to do is look around and see what kind of vehicles have diesel engines--they're all hardworking ones. Torque and horsepower are related; horsepower can't exist without torque. Torque is the rotating force of the shaft that results in work. The work is the horsepower and how much the engine can do. Diesel engines create a lot of both and for long periods of time.

On average, diesel fuel is cheaper at the pump than gas. Only in high-tax cities and states does diesel cost more. The reason is that it's cheaper to produce diesel fuel and its demand is not as high. Diesel engines can run on biodiesel, as well. That is a mix of recycled, natural oils and animal-based fats that have been refined and modified to stay liquid and flow freely through a fuel injection system.