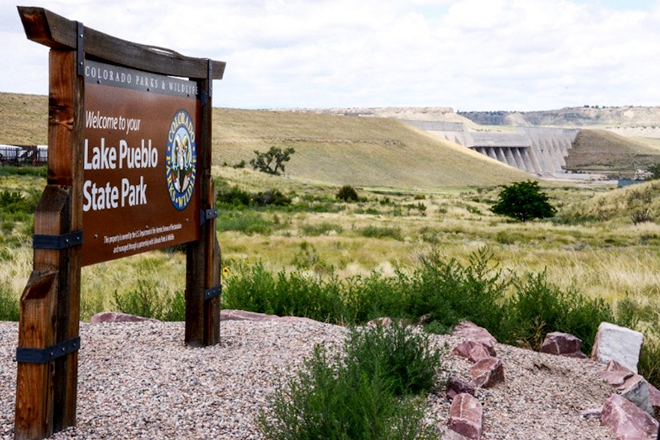 Colorado Parks and Wildlife is investigating the mysterious die-off of hundreds of common carp that surfaced recently in the waters around Turkey Creek in Lake Pueblo State Park.

There is no obvious reason for the die-off, which was first discovered July 27 when park rangers on a routine boat patrol noticed approximately 10 dead carp in the area.

By Sunday evening, park visitors were reporting seeing "dozens and maybe hundreds of dead carp" in the Turkey Creek area on the far west edge of the lake on its north banks.

Park staff contacted Mike Trujillo, CPW area wildlife manager, to investigate. Trujillo and park rangers toured the western end of the lake for several hours and observed approximately 300 dead carp along the banks, in the water in Turkey Creek cove and stretching west of the creek.

At the same time, Dave Harris, manager of CPW's Pueblo Hatchery, along with three fisheries technicians investigated the die off. They also counted hundreds of dead carp. No other fish species were found dead by either group.

CPW Senior Aquatic Biologist Josh Nehring contacted CPW's Aquatic Animal Health Lab. But the lab was unable to assist in determining the cause of the die off because scientists need specimens from moribund, or dying, fish to perform a necropsy and identify any potential viruses or pathogens.

At this point, CPW aquatic biologists have only theories as to what may have caused the kill and no definitive answer. Nehring said the die off represented a small portion of the carp population in Lake Pueblo.

"It appears the die off has ended," Nehring said. "But biologists and park rangers are keeping a close eye on the situation. We don't want boaters to be alarmed by the sight of the dead carp, which may be visible in the water for the next week or two.

"If anyone spots struggling carp in the water, please notify park staff of the location."