EarthTalk – Are national parks are disproportionately affected by climate change

I've heard that U.S. national parks are disproportionately affected by climate change. Is this true, and if so, why?

The effects of climate change can be felt all over the globe in various ways, but America's national parks seem to be suffering more than U.S. overall land mass. A 2020 study by researchers from UC Berkeley and the University of Wisconsin found that "human-caused climate change has exposed the U.S. national park area to more severe increases in heat and aridity than the country as a whole and caused widespread impacts on ecosystems and resources." Since 1895, annual average temperature of the area of the 419 national parks has increased at a rate of 1.8oF per century, double that of the U.S. as a whole. Precipitation declined significantly on 12 percent of national park area, compared with just three percent nationally.

What's driving this exaggerated response? One theory holds that national parks are feeling the heat more because they tend to be located in extreme environments to begin with. Their rarer ecosystems are in some cases fragile and less resilient to change than the average backyard or suburban park. 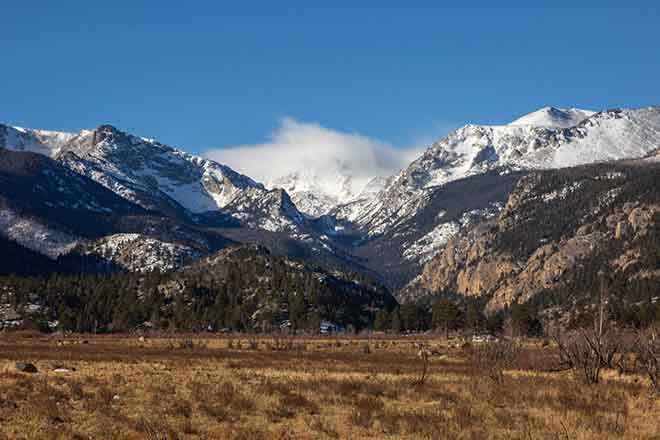 Some of the specific ways national parks are affected disproportionately include twice as much wildfire decimation and tree mortality from infestations and disease as non-parks lands, the melting of glaciers in northern parks in the continental U.S. as well as Alaska, a loss of bird species and biodiversity in southerly parks, and sea level rise at coastal sites everywhere.

According to Patrick Gonzalez, the study's lead author and a UC Berkeley climate scientist, climate change could increase temperatures in some U.S. national parks by as much as 16oF by 2100. "This could melt all glaciers from Glacier National Park, raise sea level enough to inundate half of Everglades National Park, dissolve coral reefs in Virgin Islands National Park through ocean acidification, and damage many other natural and cultural resources."

Some individual parks are taking matters into their own hands and channeling some of their maintenance budgets to bolster ecosystem resilience to the climate-induced changes already underway. Biologists in Joshua Tree National Park, for example, are cordoning off sections of the park to reduce the trampling of sensitive plants in particularly biodiverse areas. And Florida's Biscayne National Park is raising heat-resistant local corals they hope can play a role in stemming the tide of underwater biodiversity loss.

While these efforts are laudable and are no doubt helping address a dire situation, the only way to really turn things around across the board is to reduce overall greenhouse gas emissions. Gonzalez underscores the importance of energy conservation and efficiency improvements, renewable energy, public transit and other actions to reduce global warming. Like at no other time in history, the future is in our hands today. Whether or not our grandkids will get to see glaciers at Glacier National Park may well depend on actions we undertake today.