EarthTalk – What are the effects of the melting permafrost?

How is melting permafrost affecting communities in the Arctic and beyond?

In the northern regions of the world, a great change is taking place. Permafrost, which covers around 25 percent of exposed land in the Northern Hemisphere, is melting. Defined as a layer of soil that remains completely frozen for over two years at a time, permafrost is often located a meter or so below the surface. Its thawing creates issues for both the environment and human infrastructure.

These issues result largely because that water expands and hardens when it freezes, and does the opposite when it melts. When the water in soil freezes, it acts somewhat like cement, maintaining structure and stability. Initial efforts to develop cities and towns in these northern regions over the last century led to countless buildings and roads being built on top of ground held together by permafrost. Now, thawing is putting this infrastructure in jeopardy. 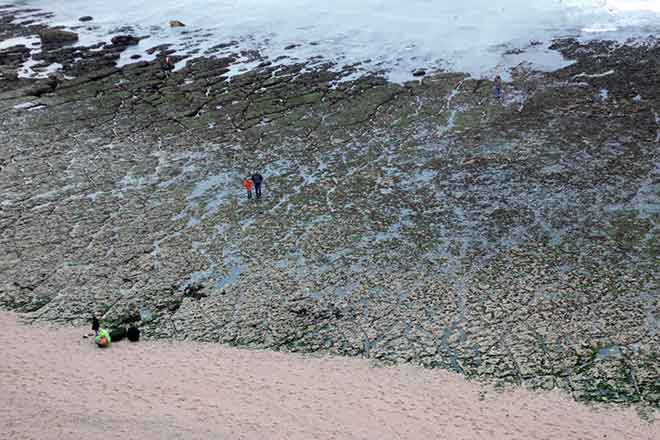 The Permafrost which covers about 25 percent of exposed land in the Northern Hemisphere is melting fast -- and Arctic communities are scrambling to react. Credit: Bernard Polet, FlickrCC.

In the remote Arctic settlement of Tuktoyaktuk in Canada's Northwest Territories, thawing permafrost is a huge problem for the 1,000 or residents who live there. Melting permafrost there means that houses that have stood for decades are now collapsing. And it's not just buildings. The entire coastline, once held in place by the permafrost, is rapidly disappearing into the ocean. In some Arctic areas, coastal land is eroding at a rate of up to two meters per year. The thawing permafrost also compromises both land and sea transportation. All across the northern parts of the world, roads are beginning to buckle as the ground beneath them shifts. In some instances, roads are rendered impassable. On the ocean, erosion driven by thawing permafrost is filling in shipping channels, some of which are already too shallow for boat traffic.

Unfortunately, all of these issues pale compared to the effects that the thawing permafrost could have on the climate. While frozen, the organic matter stored in permafrost is relatively inert. Once it thaws, however, bacteria and other microorganisms immediately begin to digest it. Two of the primary byproducts of this digestion are methane and carbon dioxide, both potent greenhouse gases. Around three times more organic (and digestible) material is stored in the permafrost than there is in all the forests left on the planet. All in all, the permafrost stores more carbon than humans have released into the atmosphere since the beginning of the Industrial Revolution.

The digestion of this organic matter could create a dangerous feedback loop, whereby warming triggers increased bacterial activity--and greenhouse gas emissions--in turn triggering more warming. Researchers worry that by 2100, 70 percent of the world's permafrost may have thawed. If it does it will likely release about 10 percent of total permafrost-stored carbon (150 billion tons) into the atmosphere.

The solution is in our hands. If we can start ratcheting down our emissions significantly, we can reduce the total thawing to just 30 percent of the permafrost by the end of the century. Traveling and consuming less--and spreading the word to your family, friends, neighbors and coworkers--are the two most important things you can do to move the needle in the right direction for everybody, human or otherwise.