EarthTalk – What companies are focused on environmental sustainability using the “one-for-one” model?

Are any companies in the "one-for-one" charitable space pioneered by shoe maker TOMS focusing specifically on environmental sustainability?

TOMS may have been the first company to implement a "one-for-one" model, whereby it matches customer purchases with donations of free shoes to those in need in developing countries. But dozens of other businesses are now following suit with their own so-called "in-kind aid" programs. And yes indeed, several are focused on improving environmental conditions one way or another.

To wit, Brooklyn-based MPOWERD makes and sells solar powered task lights and other related off-grid gear--and donates another of each item sold to someone in need through partnerships with 650 "on-the-ground" non-profits in one of six developing countries. The company's mission is to distribute clean energy options that provide a more economical and environmentally friendly approach to everyday tasks, whether users are in New York City or the Andes mountains. MPOWERED is a Certified B Corporation, meaning it pledges to use the power of business to build a more inclusive and sustainable economy and to operate in an ethical and environmentally responsible manner. Maybe it's finally time to order some solar-powered string lights for that patio you've been ignoring? 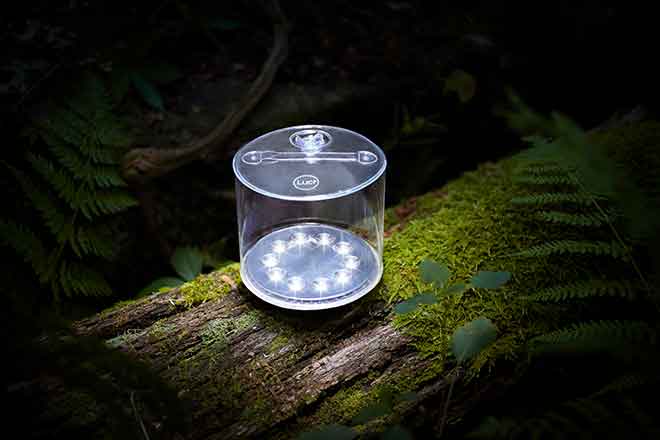 Brooklyn-based MPOWERD makes and sells solar powered task lights and other related off-grid gear--and donates another of each item sold to someone in need through partnerships with 650 "on-the-ground" non-profits in one of six developing countries.

Another eco-friendly business in the "one-for-one" sector is LifeStraw, which makes pocket-sized water filters that remove 99.99 percent of waterborne bacteria so users can stay hydrated and healthy even if there's no clean water source around. While LifeStraws are great for backpackers or others who choose to go off-grid on adventures, they are also handy--and potentially life-saving--in developing countries, where the company donates one filter for every actual customer purchase. In many cases, LifeStraw partners directly with schools in remote areas of developing countries to ensure that students can focus on their studies instead of worrying about where their next sip of water might come from--and whether or not it will make them sick.

While these one-for-one programs look good from a public relations standpoint and often actually really benefit those in need, critics wonder if the companies behind them could have a bigger impact through alternative models of charitable giving. "Handing out aid in kind gives plenty to worry about," reports The Economist. "It could suck life from local markets, and foster a culture of aid-dependency." Another criticism of the model is that handing out goods instead of cash runs the risk of spending money on things people don't need and won't use.

Even TOMS itself seems to be shying away from the in-kind donation model it pioneered in favor of making direct contributions to worthwhile charities. The company recently started channeling some of the profits from its new line of coffee to non-profits like Water for People, which provides sustainable, community-owned water systems (and safe drinking water as a result) to impoverished communities in seven developing countries. These donations are not tied directly to sales and represent a new direction for TOMS charitable giving.

While it may have its issues, the "one-for-one" model remains a great sell to consumers who like to know just how their purchasing power is being harnessed for the betterment of humanity and the planet.