Economist: 30 percent chance that U.S. enters a recession within a year's time 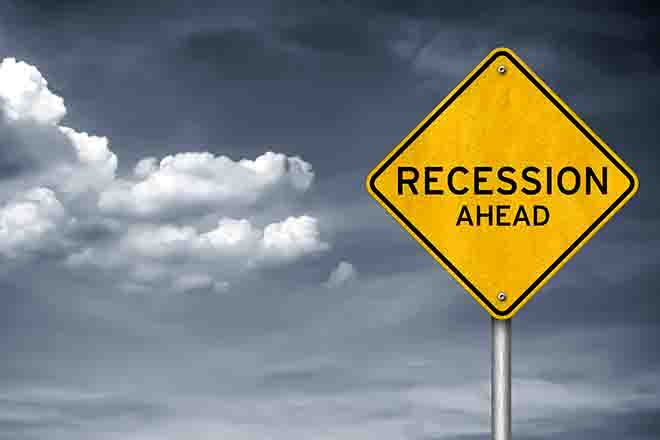 (The Center Square) - A Goldman Sachs economist says there is a 30 percent probability of the U.S. entering a recession within one year and 48 percent within two years.

Goldman Sachs Chief U.S. economist David Mericle outlined the probability of a recession at an event Tuesday and said that the likelihood of a recession would decrease if the U.S. had not entered one within two years.

"We recently raised and pulled forward our recession probability to 30 percent on a one-year horizon, about just under 50 percent on a two-year horizon," Mericle said. "If you make it beyond two years, conditional on that, recession odds in subsequent years would be lower."

Fears of a recession coincide with elevated inflation rates not seen since 1981.

Mericle said that one reason behind the U.S.' high inflation stems from a historical imbalance in labor supply and labor demand, where the U.S. has too many job openings with too few people looking for work.

Mericle said that he can't exactly say what's behind the imbalance between labor demand and supply, but that it is widespread and probably pandemic related.

"I would still bet that a lot of this is somehow pandemic related," Mericle said.

He explained that there seems to be a mismatch between employees and employers after the pandemic regarding what a job should look like.

"What a worker and what a boss think a job is supposed to look like these days is two different things," Mericle said.

He also pointed out that workers may have been discouraged due to the fiscal stimulus packages and that prices increased due to a shift in demand induced by the pandemic.

"A number of the measures that we saw last year, certainly and most obviously the enhanced unemployment benefits, but also probably more subtly the child tax credit, those things also discouraged labor supply to some degree," Mericle said. "Because people were still kinda shy, even after being vaccinated, about going on vacation, going to concerts, there was this huge tilt in the composition of demand away from services to goods. When everybody wants to buy the same thing at the same time, even in the best of circumstances, the price is going to go up."

The shelter index in the latest CPI report indicates a warning sign of looming inflation as housing prices tend not to move erratically but more slowly.

"There was some especially bad news in the fact that shelter inflation, rent inflation, had accelerated for the second consecutive month," Mericle said. "The reason this is bad news is that a lot of prices are kind of erratic; if they jump one month, it doesn't necessarily mean they're going to jump the next month, but housing tends to be slower moving and more reflective of the underlying fundamental macroeconomic situation. So when that one is strong, you know it's probably gonna be strong for a while."

When asked what the White House or Congress can do to try and bring down inflation, Mericle said that their actions are limited.

"The honest answer is not a ton," Mericle said. "There are a couple of things that are being talked about; one of those things would be lowering tariffs."

Later, he added that the White House could also try and increase legal immigration to increase the labor supply.

"We had a shortfall of about two million [legal immigrants in 2020 and 2021," Mericle said. "That is additive to that reduction in workforce participation."