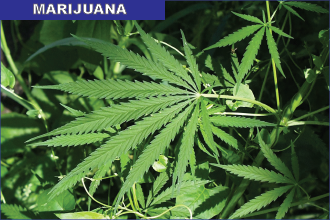 Marijuana is the most commonly used illegal drug (under federal law) in the United States, with 22.2 million users. But the types of marijuana available today are more potent than before and come in many forms, including oils that can be vaped, and edibles, from brownies and candy to sodas. This leaves many with a lot of questions about marijuana use and its health effects.

New Web pages, published this month by the Centers for Disease Control and Prevention (CDC), provide more information about the health effects of marijuana use and answer some of the commonly asked public health questions in the discussion about marijuana in the United States.

Here are just a few of the health effects you may want to know:

*Marijuana use directly affects the brain--specifically the parts of the brain responsible for memory, learning, and attention.

*The compounds in marijuana can affect the circulatory system and may increase the risk of heart attacks and strokes.

*Smoking marijuana can lead to a greater risk of bronchitis, cough, and phlegm production.

*Marijuana users are significantly more likely than nonusers to develop chronic mental disorders, including schizophrenia. Schizophrenia is a type of mental illness where people might see or hear things that aren't really there (hallucinations).

*Eating foods or drinking beverages that contain marijuana have some different risks than smoking marijuana, including a greater risk of poisoning.

*About 1 in 10 marijuana users will become addicted. For people who begin using before the age of 18, that number rises to 1 in 6.

*Some research shows that using marijuana while you are pregnant[288 KB] can cause health problems in newborns--including low birth weight and developmental problems.

*Marijuana use can slow your reaction time and ability to make decisions when driving[271 KB].

Learn more about how marijuana use can impact your health by visiting CDC's Marijuana and Public Health Web pages.