Charlotte Irene Beeson was born to Clarence I. and Ruth O. Vickers November 8, 1931, in Greenfield, Kansas.  She departed this life Saturday, January 25, 2020, in her home in Parker. A Celebration of Life will be held February 1, 2020, at Family Worship Center at 6395 S. Clarkson Street in Centennial. 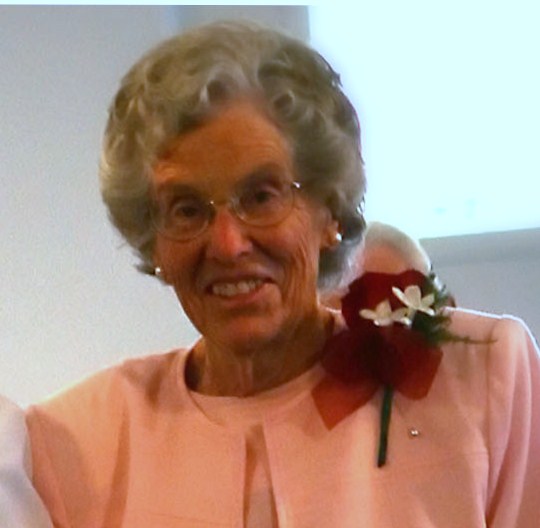 Charlotte was the second youngest of eight children, seven girls, and one boy. She attended a one-room country school, and graduated from Sheridan County High School in 1949. She worked for Ben Franklin's while she waited for her younger sister to graduate.  Together, they headed to Denver, where she attended Parks School of Business for one year.  After receiving what she determined to be a sufficient amount of education, and working in the Denver area as a secretary for a short while, she and her younger sister traveled around the country working and living in Florida, New Mexico, and California ending up in Casper, Wyoming, in 1952.  While living in California she got a job working for Northup just because she could roller skate. She delivered blueprints around the plant on wheels!

She married Walter Cranford in April 1953.  Shortly after this, she started working at the University of Colorado in Boulder, where she worked for almost ten years.   Charlotte and Walter had three children: twins, Clarence "Mitchell" and Thomas "Michael;" and their daughter, Michele. They divorced in 1961.

While traveling home from Boulder for Thanksgiving, she encountered car trouble.  She stopped at the gas station in Bethune to get her car fixed. Little did she know that day would change the rest of her life.  That was the day she met Clark Beeson, a man with eight children - her future husband.

Charlotte married Clark in April of 1965. To this union was born one son, Richard. Since Charlotte had three children, and Clark had eight children, Dixie, Judy, Donna, Dale, Dottie, Lyle, and Danny Richard rounded out the family to an even dozen. This blessed them with 35 grandchildren and numerous great-grandchildren.

Together they owned and operated a 24-hour truck stop for seven and a half years.   As if owning a 24-hour truck stop and twelve children weren't enough to keep them busy, they decided to open a parts store.  Since Charlotte was the bookkeeper for both businesses, this kept her extremely busy.  After one year of, in Charlotte's words, "burning the candle at both ends," they sold the truck stop and, for the next 25 years, focused their energy on their family and running Kiowa Parts, Inc.  After a short break, Charlotte went to work part-time for a local convenience store.

After fully retiring, she and Clark moved to Parker to live with Richard and his family.  Later, their daughter, Michele, and son-in-law, Michael, joined Richard and his wife, Katie, in caring for Clark and Charlotte day to day until Clark passed away in April 2017 at the age of 94.  Both Clark and Charlotte were able to live their final days at home near both of their children and their families.

Charlotte loved the Lord and loved spending time reading her Bible.  She had a passion for walking. Even very late in her life, she was adamant about getting her 10,000 steps in each day.  Charlotte's favorite pastime was sending cards to almost everyone she knew. She enjoyed spending time with her grandchildren and great-grandchildren.   Later in life, she enjoyed putting puzzles together.

Charlotte is survived by her daughter, Michele Weygandt, and husband, Michael, of Parker; son, Richard, and his wife Katie of Parker; 35 grandchildren and many great-grandchildren, nieces, and nephews who were very special to her.