A funeral service for Colorado State House Representative Kimmi Clark Lewis will be held at 10:00 a.m. Friday, December 13, 2019 at Our Lady of Guadalupe/St. Patrick Parish in La Junta, Colorado, with a graveside service to follow at 3:00 p.m. at Mountain View Cemetery in Branson, Colorado. Kimmi Joan was born on March 19, 1957 in La Junta to Kenneth and Jewell (Middleton) Clark, and she entered God's Kingdom following her third and valiant battle with cancer December 6, 2019 at the age of 62. 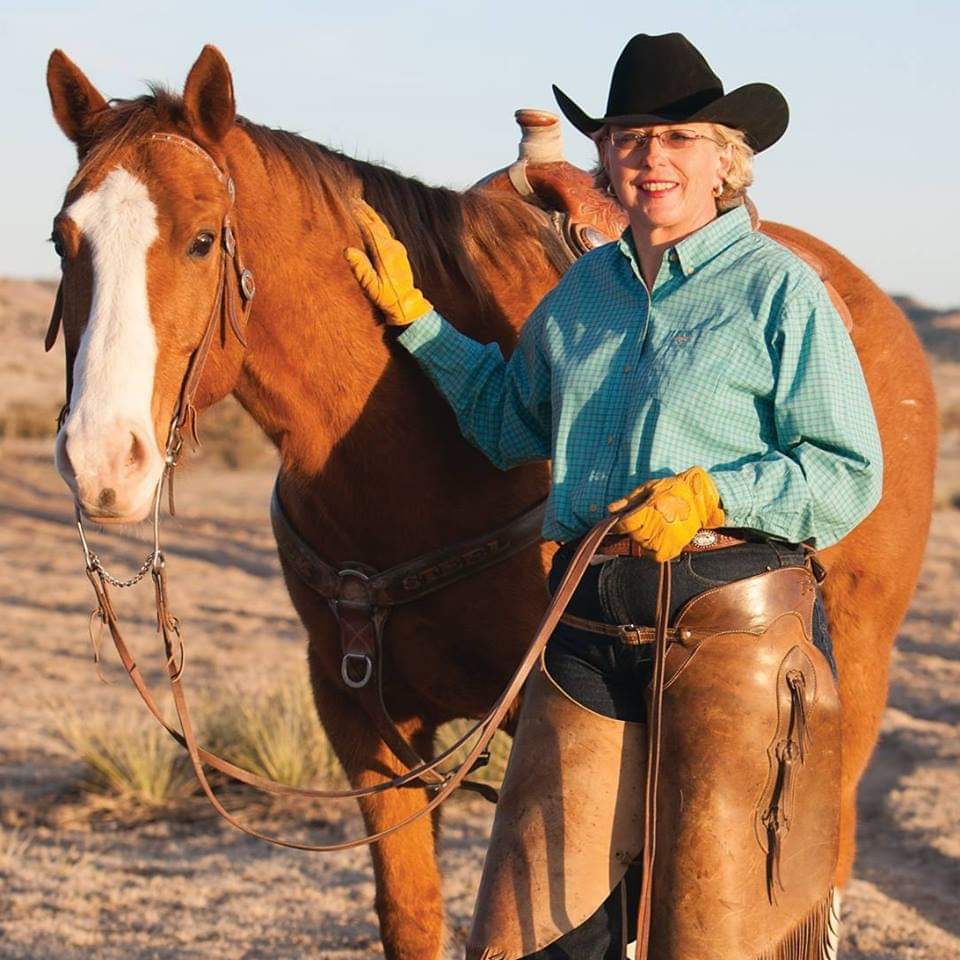 Kimmi was raised with her three older sisters on the Muddy Valley Ranch, a family cattle ranch located halfway between Kim and La Junta, Colorado. Kimmi and her sisters were the ranch hands and were expected to ride broncs, fix fence, and care for the livestock. Kimmi loved being a rancher and started her first cow herd while in high school. She enjoyed competitive activities! Kimmi was the Most Valuable Basketball Player in the women's "A" division in 1975 and she was Colorado Hereford Queen the same year. She was highly accomplished in FFA, 4-H, and cattlemen's groups. Kimmi was also a brilliant pianist and taught many others how to play.

After graduating from Kim High School, Kimmi attended Trinidad State Junior College on a basketball scholarship, majoring in music. She married her high school sweetheart, George David "Dave" Lewis of Branson (son of Don and Margaret Lewis) on October 4, 1975. Upon her graduation from TSJC in 1977, Kimmi and Dave resided and began raising their family in Branson, Colorado. They then had six children in nine years, the last two being twins! Family was most important to Kimmi and Dave. In 1992, Kimmi and Dave purchased Muddy Valley Ranch from her father. They also owned and operated Dave Lewis Trucking, a cattle and feed hauling business. While Dave spent many hours in his truck, Kimmi stayed home to dispatch the trucks and care for their children and cattle.

Dave was diagnosed with acute leukemia in January 2000 and passed away four short months later. Dave's passing was a devastating loss to the Lewis family. Kimmi had two businesses to solely run and the twins in junior high, the middle two children in high school, and the oldest two in college. All six children received academic and athletic scholarships to attend college, and all six obtained a bachelor's degree, fulfilling Dave's final wishes. Dave Lewis Trucking is operated by two of their children and their legacy at Muddy Valley Ranch will be carried on as well, raising USA Beef. Kimmi married Martin Canterbury July 4 2004 at the Ranch and he rode alongside her for the next decade.

Kimmi was a lifelong Republican. She held almost every office in the Las Animas County Republican Party and served as the President of the Trinidad/Las Animas County Republican Women's Club for thirty years. Kimmi regularly attended Republican Party meetings in Trinidad for almost forty years, which is more than one hundred miles from her home at the Ranch (one way). She enjoyed serving as the Chair for Senate District 2 for many years. Kimmi was proudly elected to represent Colorado State House District 64 in 2016 and was reelected in 2018, which allowed her to feed her passion, fix laws that infringed on private property rights, and fulfill many goals.

Kimmi devoted substantial time and money advocating for agriculture. She is a known hero to hundreds of cattle producers throughout the United States for her work on county-of-origin labeling and private property rights issues. Kimmi was honored with countless prestigious awards for her relentless advocacy work the past thirty years. Kimmi battled breast cancer in 2014, again in 2018 during the legislative session, and finally throughout 2019. She never let cancer slow her down! Kimmi was a lifelong leader, an American patriot, a loving wife and mother, and a distinguished Coloradan. Her memory will live on in the people whose lives she so generously impacted and in the way of life she worked so hard to protect.

Kimmi was preceded in death by her parents, her husband Dave, her father-in-law Don Lewis, and her brother-in-law Danny Self. She is survived by her six children - Kelly (Michael) Wasson of Dresden, KS; Keith (Serenity) Lewis of Fowler, CO; Kenneth (Stacey) Lewis of La Junta, CO; Kerry (Jacob) Froese of Cheraw, CO; Kristine Lewis (fiance Kyle Lopez) of Swink, CO; and Korry Lewis of Johnstown, CO; and her thirteen grandchildren - Michaela, Mitchell, and Macy Wasson; Kyndal, Landri, and Paisley Lewis; Gracie, Isabella, and Gino Lewis; Adrienne and Eli Froese; and Electra and Davey Lewis. She is also survived by her three sisters - Julie Sumpter of Parker, CO; Kathy Self of Springfield, CO; and Karren "Sparky" Clark of Denver, CO; her mother-in-law Margaret Lewis of Branson, CO; and her sister-in-law Lori (Craig) Green of Branson, CO.