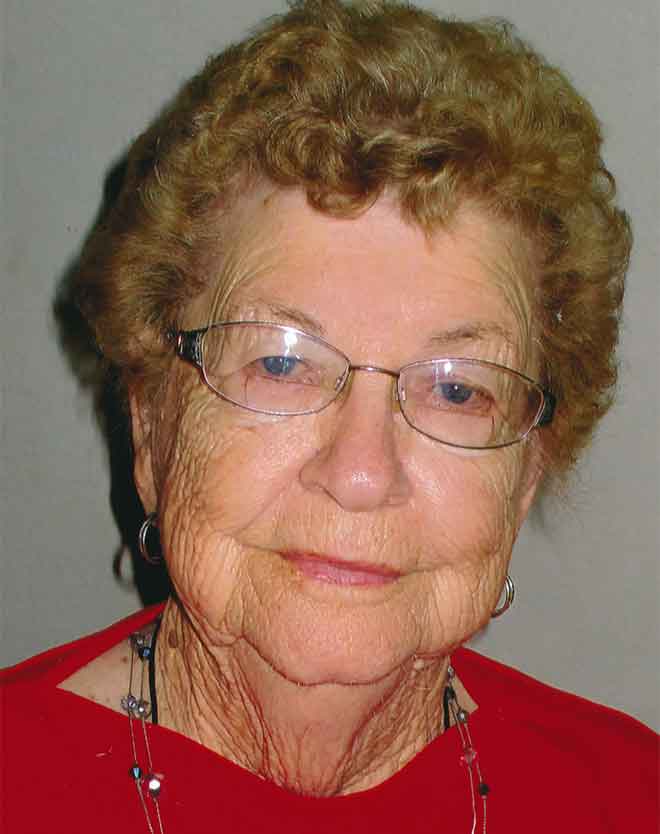 Margaret passed away June 25, 2019, at the Weisbrod Hospital in Eads at the age of 94.  She is preceded in death by her parents; husband, Clyde; brother, Robert Patton; sister, Betty Jean Holthus; and daughter-in-law, Sharon Frazee.  Margaret is survived by her children, Forrest Frazee of Eads, Dennis (Becky) Frazee of La Junta, and Robert (Linda) Frazee of Brazoria, Texas.  Margaret is also survived by eight grandchildren, nine great grandchildren and numerous nieces, nephews, cousins and other family members.

Funeral services were held June 29, 2019, at the United Methodist Church in Eads.

Memorial contributions should be made to the Prairie Pines Assisted Living Community in Eads.

Visitation and funeral services were entrusted to the care of the Brown Funeral Home in Eads. - "Families you know and families you can trust, serving families like yours."