The Douglas county sheriff's office is seeking tips to help solve a murder that occurred recently.

Shelby Weatherly, 24, was found dead off the side of Interstate 25 south of Castle Rock the morning of September 30. 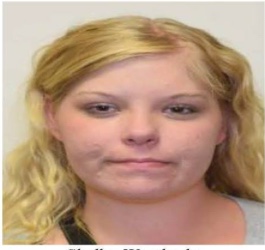 She was last known to be living in Littleton, though she was known to visit Denver often, using the RTD light rail system and other public transportation services.

Drivers with dash-mounted video recording equipment who were traveling south on I-25 between Castle Rock and Monument from around sunset September 29 through 10:00 a.m. September 30 have been asked to check the video footage and contact investigators.

Anyone who saw vehicles parked along the highway in the area or had recently been in contact with Weatherly are also encouraged to contact investigators.

Tips and information can be reported by calling 303-660-7579 or Metro Denver Crime Stoppers at 720-913-STOP (7867). The tip line is available 24 hour per day, seven days per week, and callers can remain anonymous. Tips can also be sent by text message to 274637. Start your message with DMCS followed by the tip you wish to share.

Metro Denver Crime Stoppers is offering a reward of up to $2,000.