The U.S. Department of Agriculture (USDA) announced Friday that it will process many pending eligible offers for land enrollment in the Conservation Reserve Program (CRP), and it will temporarily suspend accepting most new offers until later in the 2018 fiscal year.

"All current, eligible CRP continuous enrollment offers made through September 30, 2017 - except for those made under the Pollinator Habitat Initiative (CP42) - will be approved," said Steven J. Peterson, Acting Farm Service Agency (FSA) Administrator. "Additionally, we are temporarily suspending acceptance of most offers going forward to provide time to review CRP allocation levels, and to avoid exceeding the statutory cap of 24 million acres." 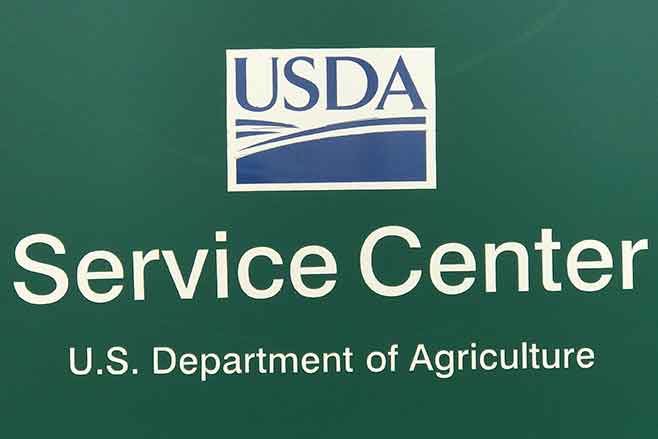 The CRP acreage cap is a provision of the 2014 Farm Bill. Current enrollment is about 23.5 million acres nationwide. USDA is accepting all pending continuous enrollment offers that were made beginning on May 4, 2017, and extending through Sept. 30, 2017, except Pollinator Habitat Initiative offers. Pollinator acreage offers are being declined because the program has met its acreage enrollment goal. Effective immediately, USDA is suspending acceptance of all new CRP continuous offers received or submitted after September 30, 2017. The suspension will continue until later in the 2018 fiscal year.

Peterson said, however, that USDA will continue to accept eligible offers for state-specific Conservation Reserve Enhancement Program (CREP) and CRP Grasslands enrollment. Offers received on or after October 1, 2017, are subject to fiscal year 2018 rental rates which have been adjusted to reflect current market conditions and were established after careful review of the latest USDA National Agricultural Statistics Service cash rent data.

In return for enrolling in CRP, USDA, through FSA, provides participants with rental payments and cost-share assistance. Landowners enter into contracts that last between 10 and 15 years. CRP pays farmers and ranchers who remove sensitive lands from production and plant certain grasses, shrubs and trees that improve water quality, prevent soil erosion and increase wildlife habitat. Payment totals for 2017 were announced earlier this week totaling over $1.6 billion.

Signed into law by President Reagan in 1985, CRP is one of the largest private-lands conservation program in the United States. Thanks to voluntary participation by farmers and landowners, CRP has improved water quality, reduced soil erosion and increased habitat for endangered and threatened species.