(The Center Square) - After the U.S. Supreme Court Friday overturned two landmark abortion cases in Roe v. Wade and Planned Parenthood v. Casey returning the legality of abortion to the states, laws already on the books outlawing abortion are enforceable in Texas.

A bill banning abortion in Texas that the legislature passed and Governor Greg Abbott signed into law last year will soon go into effect.

Roe began after a lawsuit was filed in Dallas County challenging sections of a 1961 Texas Penal code that criminalized abortion. The Supreme Court held that the sections were unconstitutional and issued a permanent injunction preventing them from being enforced. However, those statutes are still on the books; the legislature never repealed them. Now that Roe is overturned, the 1973 injunction will be lifted.

But in the event that Roe were overturned, the state legislature also passed the Human Life Protection Act of 2021, enhancing civil penalties and criminality for performing abortions in Texas. Sponsored by state Rep. Giovanni Capriglione and Sen. Angela Paxton, it goes into effect on the 30th day after Roe is overturned.

But when that is remains unclear, Attorney General Ken Paxton said in guidance he issued. The Supreme Court issued a ruling only Friday. The Texas law will take effect after the court issues a judgement, which may be in a month. When that happens, Paxton's office will announce an effective date for the law, he said.

He also notes that "some prosecutors may choose to immediately pursue criminal prosecutions based on violations of Texas abortion prohibitions predating Roe that were never repealed by the Texas Legislature. Although these statutes were unenforceable while Roe was on the books, they are still Texas law. Under these pre-Roe statutes, abortion providers could be criminally liable for providing abortions starting today."

The 2021 law creates a second-degree felony offense for a person who knowingly performs, induces, or attempts an abortion. The offense is enhanced to a first-degree felony if an unborn child dies from an abortion. Those who perform abortions can also be subject to a minimum civil penalty of $100,000 for each violation, with exceptions.

The law also requires the attorney general to pursue and recover the civil penalties as well as attorney fees and costs incurred when doing so and requires respective licensing authorities to revoke applicable licenses and permits of physicians or health care professionals who violate the law.

Paxton said he will "strictly enforce this law" and his office will "assist any local prosecutor who pursues criminal charges."

The law provides an exception for medical emergencies including "a life-threatening physical condition aggravated by, caused by, or arising from pregnancy that places the mother in danger of death or serious risk of substantial impairment of a major bodily function unless an abortion is performed."

While many characterize the ruling as an end to a constitutional right to abortion, no such right ever existed, Paxton, and many others, argue. Today's ruling ended "a half century of the unconstitutional and unconscionable national 'right' to abortion," he said.

"Roe v. Wade and its successor case Planned Parenthood v. Casey have absolutely no basis in the U.S. Constitution," he asserted. "Nevertheless, for half a century, Americans have had to live under these illegitimate, illegal, and unconstitutional dictates of a partisan, willful Supreme Court. No more.

"Today, the question of abortion returns to the states. And in Texas, that question has already been answered: abortion is illegal here."

Paxton's offices closed at noon Friday "to honor the nearly 70 million unborn babies killed in the womb since 1973."

Abbott lauded the ruling, saying, "The U.S. Supreme Court correctly overturned Roe v. Wade and reinstated the right of states to protect innocent, unborn children. Texas is a pro-life state, and we have taken significant action to protect the sanctity of life."

Democrat Robert "Beto" O'Rourke, who's running against Abbot in November, said the ruling was "devastating to women across this country but nowhere more so than in the state of Texas whose trigger law will go into effect 30 days from today."

However, according to Paxton's guidance, it doesn't go into effect 30 days from Friday but when the court issues its judgment, meaning the law may not go into effect for another 60 days.

O'Rourke said, "we have to focus on the way in which we are going to overcome this and ensure that every Texas woman can make her own decisions about her own body, her own healthcare and her own future." 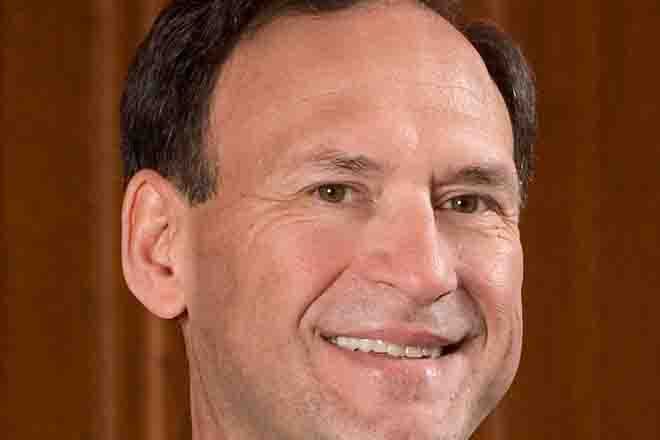 Using the ruling as a campaign call for action, he said, "The only way to do this is to win political power. We must win on the night of November 8th. We've got to make sure we reach every single voter across the state of Texas and make sure they understand what's on the line."

Abbott highlighted how Texas has prioritized and funded resources for expecting mothers and families. Most recently, he signed bills into law extending Medicaid coverage for six months post-partum, appropriating $345 million for women's health programs, and more than $100 million to Texas' Alternatives to Abortion program. The statewide program promotes childbirth and provides support services to pregnant women and their families, adoptive parents, and parents who have experienced miscarriage or the loss of a child.

Through it, biological mothers and fathers of preborn children up to age three can access counseling, mentoring, care coordination, and receive material assistance, including housing. Assistance is also available for legal guardians, adult caregivers of minors and adoptive parents of children of any age for up to two years after adoption is finalized.