Moisture provided some drought relief to northern and central areas of the State last week, while conditions worsened in southern counties, according to the Mountain Region Field Office of the National Agricultural Statistics Service, USDA. 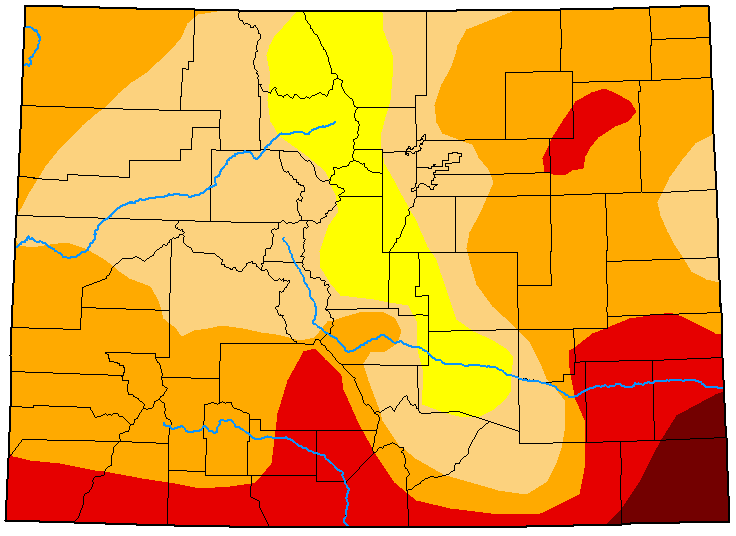 In northeastern and east central counties, reporters noted scattered moisture was received throughout the week. Windy conditions continued, with gusts in Sedgwick County reaching over 50 miles per hour later in the week.

In Southwestern counties, cool, dry weather prevailed throughout the week with some freezing temperatures reported. A reporter noted the first cutting of alfalfa has begun.

In the San Luis Valley, minimal moisture and windy conditions were reported throughout the region. Potato planting progressed well and is virtually complete, with the crop emerging behind the previous year and 5-year average. County reports noted most crops are planted and rangeland is in good condition. With the help of irrigation, the barley and alfalfa crop are progressing well.

The southeastern counties received rain last week, with some areas receiving almost an inch of moisture. Despite the moisture, most of Baca County and a portion of Prowers County remain under exceptional drought conditions.

As of May 29, 2022, snowpack in Colorado was 90 percent measured as percent of median snowfall, up 30 percentage points from the previous week. The Southwest and San Luis Valley were 4 and 9 percent, respectively.