The week brought above average temperatures to most of Wyoming, according to the Mountain Regional Field Office of the National Agricultural Statistics Service, USDA.

Temperatures were highest in the northern portions of the State, while areas of the southeast experienced below average temperatures.

Rainfall totals varied, but in most portions of the State precipitation was below normal. In outlying areas of the northwest and southeast, however, averages were above normal. Isolated areas of central Wyoming benefitted the most with as much as 2.0 inches of rain and above. 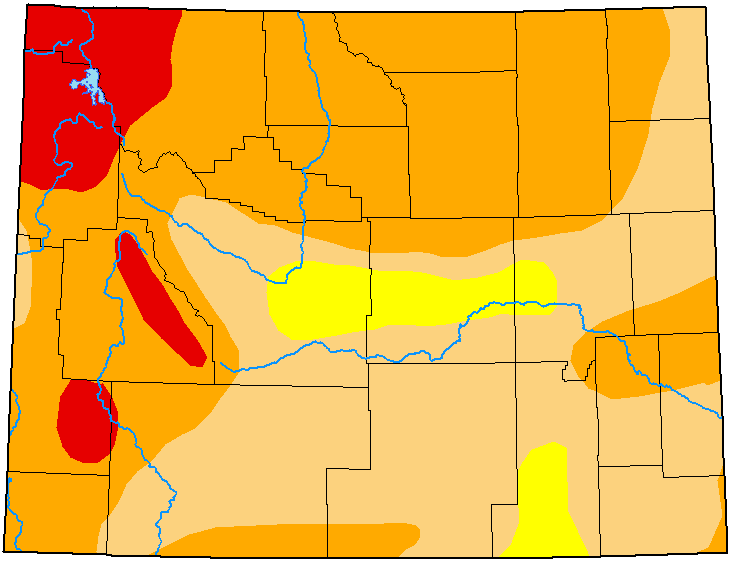 Precipitation amounts varied in Big Horn County where northern portions of the County remained extremely dry. Only 0.40 inches of moisture were reportedly received in northern areas since the start of the year.

Reports from Goshen County indicated precipitation replenished soils though moisture was insufficient and too late for some farmers. High winds once again dried fields.

In Laramie County, rains revitalized struggling crops. Soil moisture levels held for a while until high winds returned and dried fields and ranges.

Comments from Lincoln County indicated cool and wet conditions, as subsoil remained cold, and lands were too wet for field activities. Grasses and alfalfa were growing, with concerns alfalfa might still be affected by frost.

In Niobrara County, crop and rangeland conditions improved from the snow and rain. Stock water supplies also benefitted from the moisture and a report indicated a high number of livestock were killed due to the snowstorm that occurred April 23, 2022.

Comments from Platte County indicated good moisture alleviated the drought that has lingered for over 10 months. Pastures were greening and winter wheat was growing well. Farmers were planting spring crops and were expected to tap into irrigation water soon.

In Weston County, forage was greening but short due to poor growing conditions.