Western and central portions of Wyoming received beneficial rains for the week ending September 18, 2022, according to the Mountain Regional Field Office of the National Agricultural Statistics Service.

These sections of the State received moisture in a range of about 0.5 to 1.5 inches. The majority fell in northern Lincoln, western Sublette, southern Fremont, and western Natrona Counties. The remainder of Wyoming saw precipitation ranging from trace amounts to upwards of 0.5 inches, with portions of the east and northeast receiving the higher amounts of moisture.

Temperatures varied, running at or as much as 5 degrees above normal in much of the northern and eastern portions of the State. Western, central, and southern sections of Wyoming experienced at or slightly lower than average temperatures. Portions of the west saw averages in the upper 40s and 50s, while some areas of the north and east experienced averages in the upper 60s. 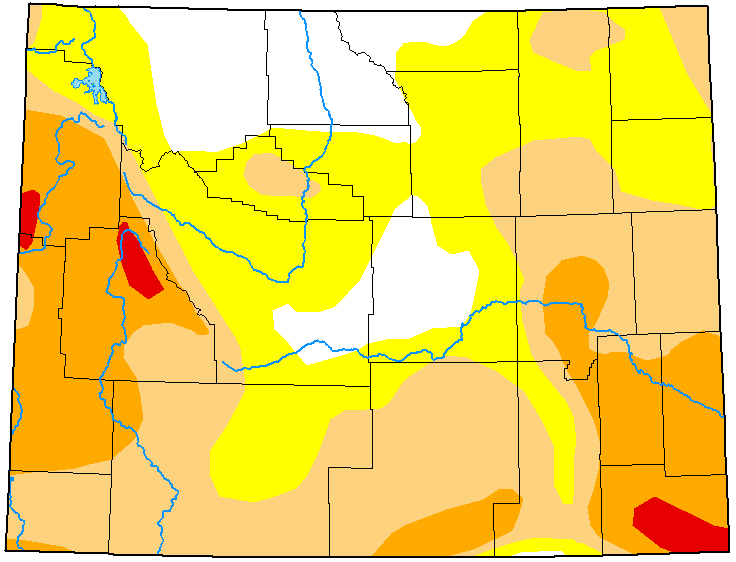 In Goshen County, a fourth cutting of alfalfa was on the horizon. Beans were cut and drying down. Canals were shut down for the season.

Aftermath grazing improved substantially with the high levels of moisture that were received in Lincoln County. With the wet weather, haying and grain harvests slowed down. Temperatures were lower than or near freezing most nights.

A report from Platte County indicated pastures benefitted from the milder temperatures. More moisture, however, was still needed for pastures to improve. Irrigation water was turned off, so rains were a must for crops to finish successfully. Beans were cut and farmers made progress planting wheat.