Wyoming experienced another week of extreme dryness, as precipitation was at or near zero for most of the State for the week ending September 4, 2022, according to the Mountain Regional Field Office of the National Agricultural Statistics Service.

Only isolated portions of Platte, Goshen, and south-eastern Niobrara Counties received rain. Moisture totals in these areas ranged from trace amounts to about 0.13 inches at the most.

According to the US Drought Monitor for September 1, 2022, there was no change in drought conditions from the previous week. The amount of land that was drought free held steady at 9.9 percent. The amount of land rated abnormally dry sat still at 34.6 percent. Moderate drought remained the same at 34.3 percent. For the third week in a row, severe and extreme drought conditions were unchanged at 19.6 and 1.6 percent, respectively. 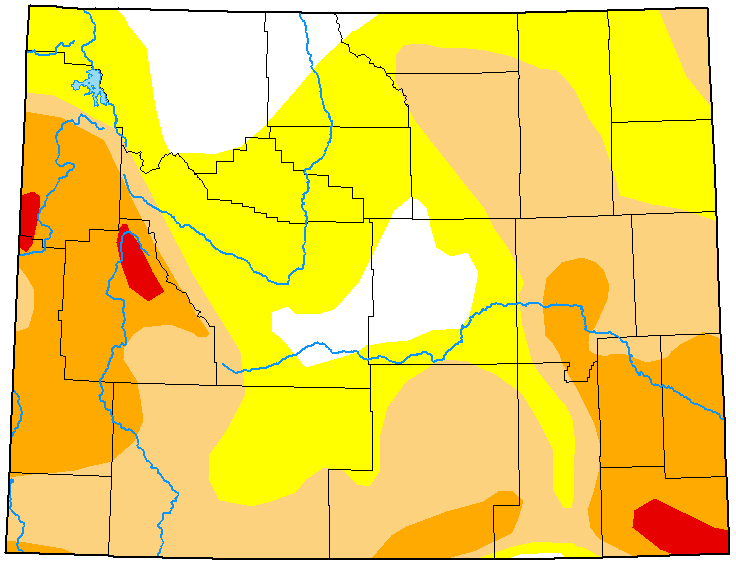 There were no apparent forecasts for precipitation in Lincoln County. The hot and dry days were ongoing though nights remained cool.