(The Center Square) - On top of a historic heatwave, firefighters across California are battling several wildfires that have scorched thousands of acres and forced evacuations. 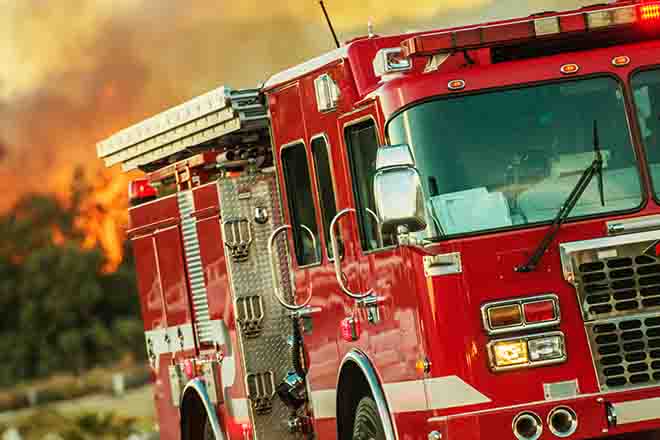 The Fairview Fire burned more than 27,400 acres and was 5 percent contained Friday morning. The fire destroyed 11 structures and caused two fatalities, according to Cal Fire's incident page. More than 18,700 structures were threatened by the blaze, forcing tens of thousands of people to evacuate.

Officials raised concern about the impact Tropical Storm Kay could have on firefighters' response to the fire. The tropical storm brought high wind speeds and rain as it reached San Diego County, according to NBC 7 San Diego.

The storm caused winds of up to 35 miles per hour that impacted the Fairview Fire on Friday morning, Rob Roseen, Cal Fire public information officer, told The Center Square.

Roseen noted that the tropical storm aided their efforts Friday but also had the potential to cause some hazards.

"When we get rain over a fresh burn scar like this, it creates a lot of danger zones for firefighters," Roseen said, adding that rain can cause debris flows. "[The rain] is definitely beneficial, but it comes with some hazards as well."

Crews in El Dorado and Placer counties continued to fight the Mosquito Fire on Friday, which had burned more than 29,500 acres and was 0% contained as of Friday afternoon. The fire more than doubled in size since Thursday night, according to SFGATE. Newsom announced Friday that federal assistance was secured to support the state's response to the Mosquito Fire.

Both the Fairview Fire and the Mosquito Fire began burning this week as the state weathered a historic heatwave that caused temperatures to rise to over 110 degrees in several parts of the state. High temperatures caused concern about California's grid reliability, leading to repeated calls for energy conservation measures.

California's grid operator issued a Flex Alert for the tenth consecutive time on Friday, urging residents to conserve energy between 4:00 p.m. and 9:00 p.m.