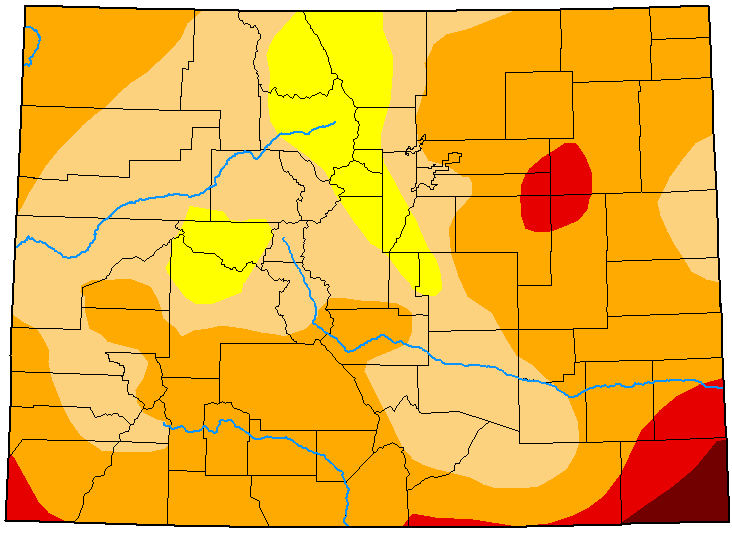 Counties continued to experience strong winds throughout the week, with the northeastern corner of the state experiencing gusts above 50 miles per hour.

In Southwestern counties, dry weather and winds continue to deteriorate crop conditions. A county reporter noted that many producers have finished planting spring crops, but some fields have been replanted due to winds blowing seed away.

In the San Luis Valley, potato planting progressed quickly, and some barley fields are being replanted due to high winds. County reports noted fields are starting to green up, but the alfalfa crop was setback by a late frost.

The southeastern counties continue to experience high winds. Above average temperatures and dry conditions throughout the region continue to worsen crop and pasture conditions.