Thanks to recent snow and rain in eastern Colorado - and even brief blizzard conditions in the central part of the state, drought conditions have improved in the state. 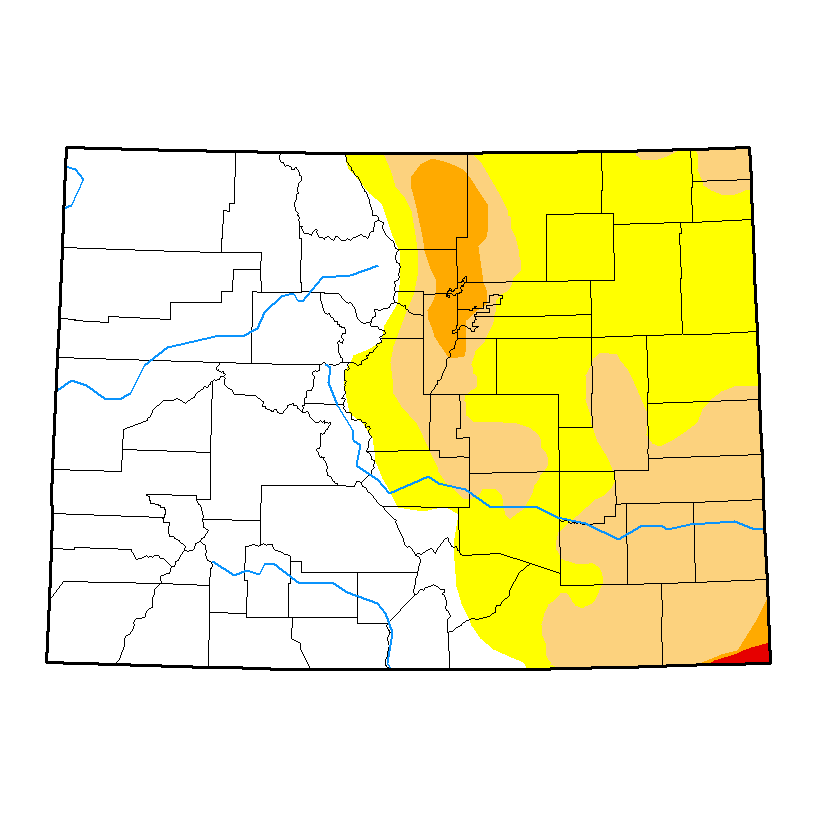 Overall, just under half of the state is experiencing some level of drought. Western Colorado has been drought-free since a series of storms earlier in the year dropped abundant snow across the area. Portions of the south-central mountains also moved out of drought conditions over the past week.

A large portion of Lincoln County hand been under severe drought, and moved into the moderate category. Areas of Lincoln previously considered to be in moderate drought also improved to abnormally dry.

Severe drought continues to impact the eastern half of Larimer County along with smaller portions of Weld, Boulder, Jefferson, Adams, Denver, Arapahoe and Douglas Counties.

Southeast Colorado Counties, including all of Kiowa, Bent and Prowers Counties, and substantial portions of Las Animas, Otero, Cheyenne, and Baca Counties remain in moderate drought. The southeast corner of Baca County has areas of severe and extreme drought.

With rain and snow across eastern Colorado Friday and Saturday, and another system expected Tuesday, further improvement is possible over the coming weeks.