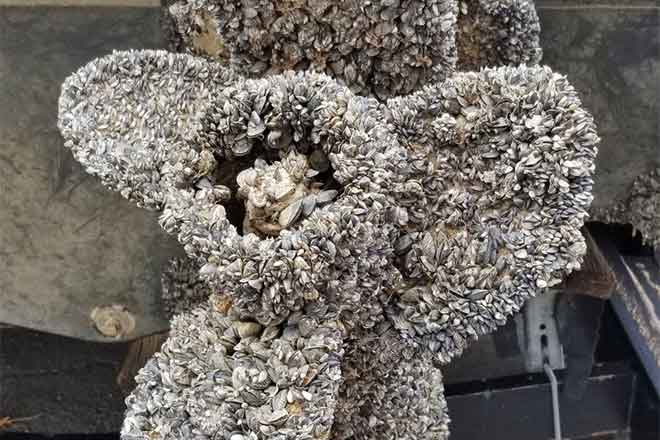 CPW found a single adult zebra mussel on a piece of substrate (PVC pipe) in the lake during routine invasive species sampling September 14. Two CPW experts have independently confirmed the identification of the mussel through visual identification methods and genetic confirmation was also made on the sample. 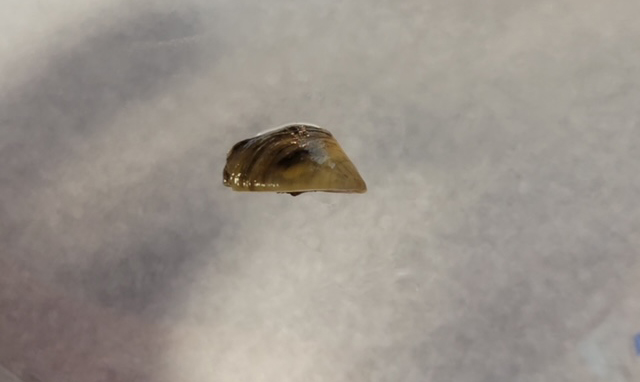 CPW has immediately increased monitoring of Highline Lake for all life stages of invasive mussels. Boats launching at Highline Lake are still subject to inspection and decontamination protocols prior to launching. Upon exiting the lake, boaters who intend to return to Highline Lake will be issued a green seal and blue receipt that indicates it was last used on a body of water with a known aquatic nuisance species. If a boater leaving Highline Lake intends to launch in a different water body, their boat must be decontaminated before launching by a certified professional. Due to these additional constraints, boaters can expect decreased ramp hours and longer exit wait times for the remainder of the month. Highline Lake closes to all surface-water activities annually October 1.

"We know this is an extra step for those who have come out to enjoy recreating on the lake, but staying vigilant has proven to be effective throughout Colorado," said CPW Northwest Region Manager Travis Black. 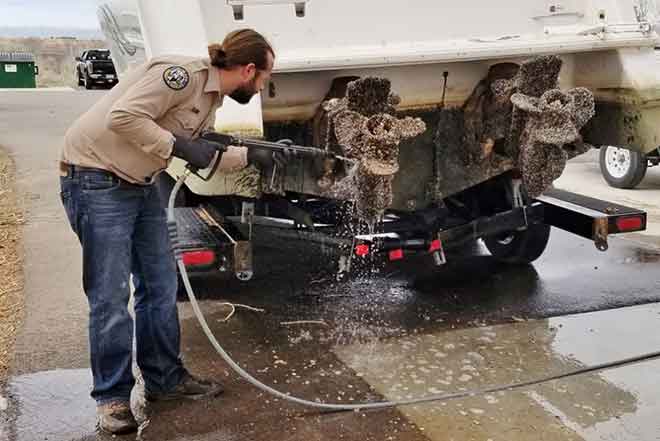 This is the first time an adult zebra mussel has ever been found in the state of Colorado, although eight different reservoirs in Colorado have been temporarily suspect or positive for mussel veligers, the larval life stage of the mussel, since 2008.

"Although this is very troubling, it's important to keep in mind that the lake is not considered infested, a designation given only to bodies of water that have extensive and reproducing adult populations," said CPW Invasive Species Program Manager Robert Walters. "At this point, CPW has detected only a single invasive mussel at Highline. We will continue to monitor throughout the fall to get a more complete picture of the species' presence in the reservoir." 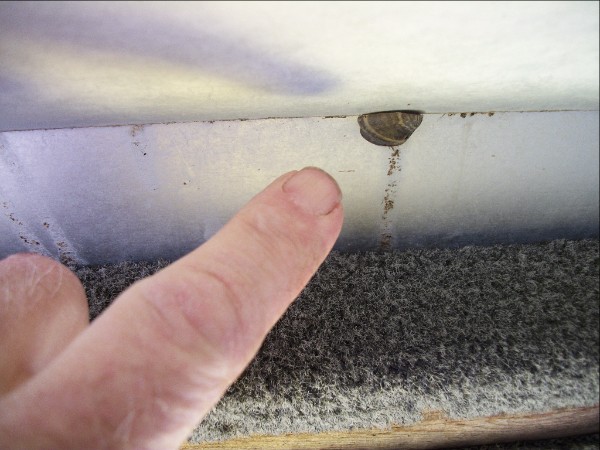 "This is an unfortunate discovery, and something we have been working very hard to prevent," said CPW Acting Director Heather Dugan. "It shows why we need a robust inspection program. As more and more people move to or visit Colorado and use our water resources for boating, we must continue to work hard to prevent the spread of these harmful invasive species. We cannot overstate how serious this is."

All ballast boats, inboard and inboard/outboard engines must have a green seal in between launches or decontamination may take place prior to launching. Boaters are encouraged to inspect their own boat between every use and make sure it is clean, drained, and dry.

The State of Colorado requires boats to be professionally inspected if:

"This situation demonstrates the importance of following the law and going through the required inspection and decontamination process upon entering and exiting bodies of water," said Reid DeWalt, Assistant Director for Aquatics, Terrestrial and Natural Resources with CPW.

Cooperation with Colorado's mandatory inspection and decontamination program has proven successful to stop the movement of harmful invasive species, such as zebra mussels, into new waters. Public awareness and participation is the best weapon in the prevention of invasive species.