EarthTalk – Is there a connection between climate change and increased foodborne illness?

Dear EarthTalk: I read the federal government's recently released climate change report, and was surprised to learn that global warming is even being blamed for an increase in foodborne illness. What's the connection? -- Jeremy Brotherton, Camden, ME

According to the non-profit Stop Foodborne Illness (SFI), climate change is already starting to affect food safety as a result of increased bacterial adaptation to fast changing environmental conditions brought on by warming surface temperatures. In essence, the bacteria that rules the world is getting better at adapting to new environments. The stronger the bacteria, the better it can do colonizing new territory--and making more of us sick. One side effect of increased bacterial resistance is much more use of antibiotics by veterinarians, farmers and ranchers to keep animals healthy. But it's a zero-sum game: The more antibiotics we use on ourselves and animals, the better bacteria get at developing resistance to them. 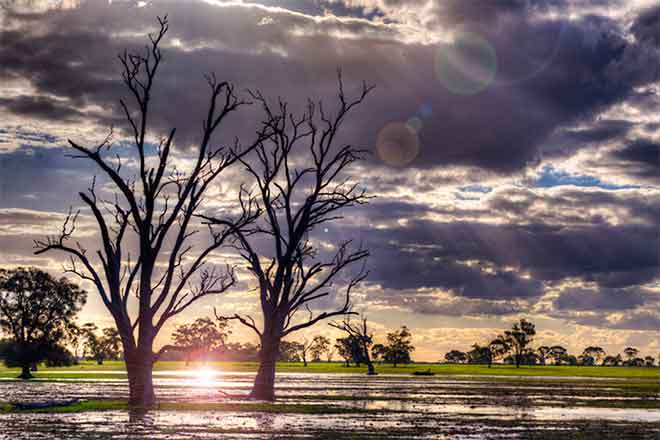 Another way global warming contributes to more foodborne illness is by increasing the incidence and severity of natural disasters where first responders may not prioritize food safety and many of the affected are left without power or running water that could help them sanitize food.

Likewise, agricultural experts worry that exaggerated "mycotoxin" growth in a warmer world could also contaminate food sources. "Mycotoxins are a group of highly toxic chemical substances that are produced by toxigenic molds that commonly grow on a number of crops," reports SFI. High temperature, humidity and precipitation brought on by climate change can create optimal conditions for mold growth.

"At high doses, mycotoxins produce acute symptoms and deaths, and particular mycotoxins may possess carcinogenic, immunosuppressive, neurotoxic, estrogenic and teratogenic activity," adds SFI. What's scary is that we could already be ingesting these contaminants--and surely will be more so in the future--by eating inadvertently infected crops and/or meat derived from livestock raised on contaminated feed.

And then there's "zoonosis," the transmittal of diseases from pets and livestock to people through direct contact with infected animals, meat or wastes. Climate change will increase the susceptibility of animals to disease, says SFI, thus increasing the likelihood of our contracting illnesses from animals.

While we can try our best to eat responsibly grown foods and stay out of the way of potentially infected animals, the solution to global warming-induced increases in foodborne illness is to stop emitting greenhouse gases. But as we are finding, that's much more easily said than done.