EarthTalk – What are the environmental impacts of dockless e-scooters?

What's the environmental impact of these dockless e-scooters I see all over town now?

By now, you've certainly seen dockless e-scooters in your town or somewhere nearby. Some 85,000 of these electric-powered, phone-unlockable mini-vehicles crowd the streets and sidewalks of 100 different metro areas across the U.S. In 2018 they surpassed dockless e-bikes as the most common app-rentable transport option nationwide, with riders taking them on some 38.5 million trips.

These e-scooters are often marketed as "green" or "carbon-neutral" because they run off electric batteries instead of fossil fuels, but consumers shouldn't think they're getting a completely guilt-free ride. A recent lifecycle analysis from North Carolina State University assessing the "cradle-to-grave" environmental impact of e-scooters found that bicycling, walking and buses are all "greener" ways to get around. 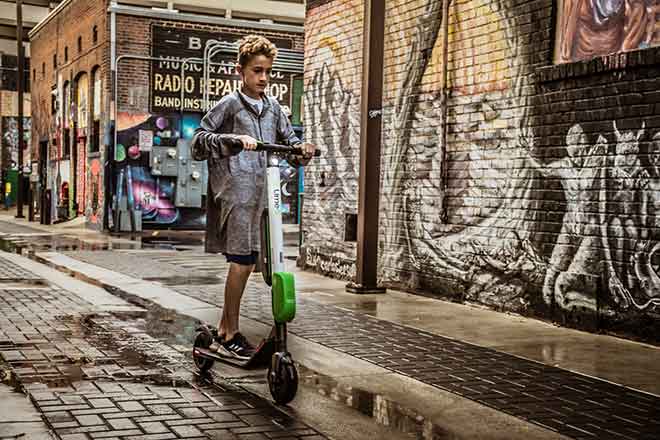 A recent lifecycle analysis found that bicycling, walking and buses are all "greener" modes of transport than dockless e-scooters...but are they as fun? Credit: Brett Sayles, Pexels.

A rider hopping on an e-scooter doesn't necessarily think about the carbon emissions and other impacts involved with manufacturing, transporting and maintaining these otherwise low-impact electric vehicles. "If you only think about the segment of the life cycle you can see, which would be standing on the e-scooter where there's no tailpipe, it's easy to make that assumption," says Jeremiah Johnson, an NC State professor and study co-author. "But if you take a step back, you can see all the other things that are a bit hidden in the process."

While relatively light and small, e-scooters must carry a battery in addition to their basic frame and electronic systems. Producing these batteries takes a heavy toll on the environment, although no worse than similar types of batteries used in e-bikes and even electric cars. Besides the batteries, the aluminum used to create the e-scooters' frames and the rubber for their tires add to their environmental footprint.

The NC State researchers found that about half of an e-scooter's carbon footprint is created during production, while most of the rest (43 percent) comes from collecting and recharging them every night. In general, e-scooters are charged by freelance workers known as "juicers." At the end of each day, they take e-scooters off the street and typically charge them up at home via their own power outlets (likely not from renewable sources). Furthermore, the majority of juicers pick up e-scooters in gas-powered cars or trucks. The upshot is that the common charging process is a long way from being carbon neutral.

Of course, e-scooters are sure to become more efficient in the future as both the production and pick-up processes get greener. As a consumer, you can improve the situation by using e-scooters to replace car trips, but bikes or buses are still a better choice as far as the planet is concerned.