EarthTalk - What is the “Climate Pledge” that Seattle’s new hockey arena is named after?

What is the "Climate Pledge" that Seattle's new hockey arena is named after all about?

When Seattle's new sports and concert arena opened its doors to the public in October 2021, many were left scratching heads as to what the heck the building's name was about. It turns out that hometown e-commerce juggernaut Amazon bought the naming rights and decided to use the opportunity to raise awareness for the Climate Pledge. The Climate Pledge calls on companies to reach net zero carbon emissions by 2040, a decade earlier than called for under the terms of the Paris climate accord. Amazon co-founded the Climate Pledge with organizer Global Optimism in 2019, and immediately became the first signatory. Cut to the present and 200 other companies--including Procter & Gamble, Hewlett Packard, Visa and PepsiCo--have since signed on. 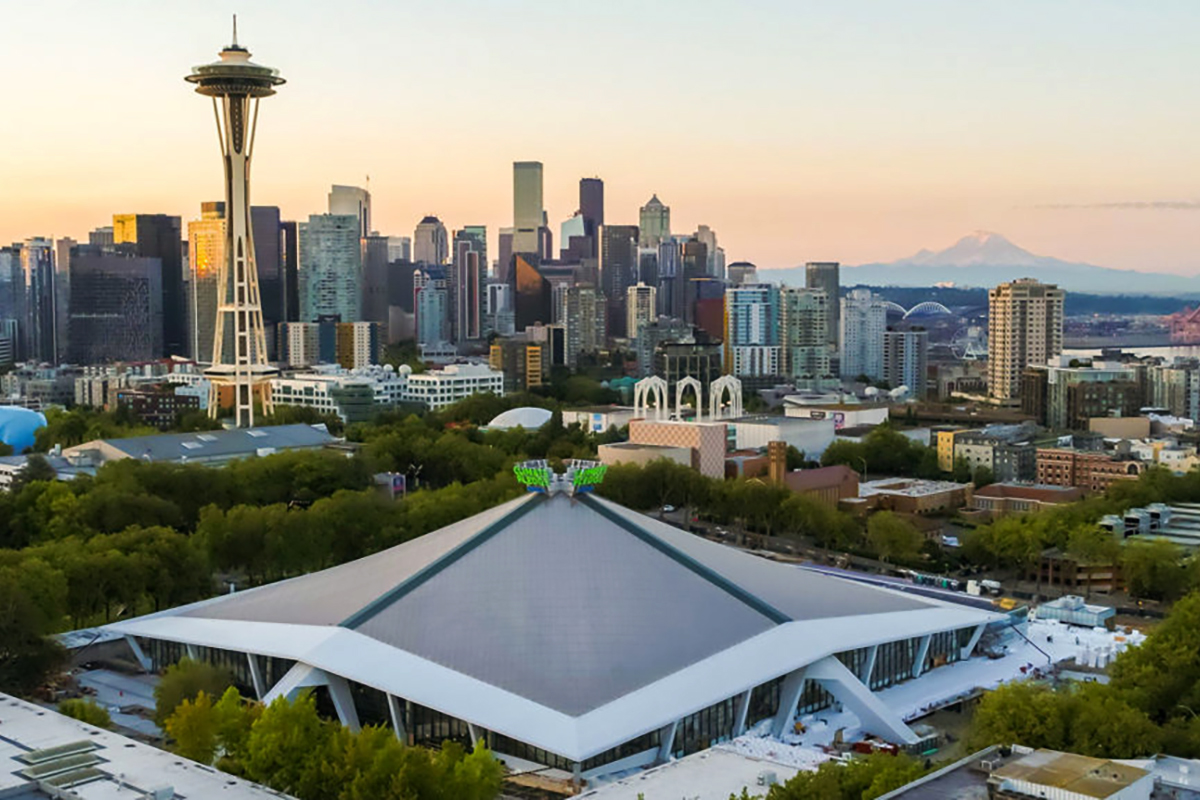 Seattle's Climate Pledge Arena is indeed an apt showpiece for what signatory companies hope to achieve. The new building--home to the National Hockey League's expansion team, the Seattle Kraken, as well as Women's National Basketball League, The Seattle Storm--was designed by architect Jason McLennan. As founder of the International Living Future Institute (ILFI), McLennan helped set the standard for how buildings in the carbon-constrained days ahead will likely operate. Indeed, ILFI's Living Building Challenge certifies "net-zero" buildings and others at the extreme end of the sustainability spectrum while advocating for the tightening of standards for new construction as to emissions reduction/elimination and energy efficiency across the U.S. and beyond.

At Climate Pledge Arena, rooftop solar panels account for most if not all energy needs. No fossil fuels are used within, making it the first net-zero arena of its size in the world. Ditching fossil fuels inside makes transportation to and from the arena the largest contributor to its overall carbon footprint. Amazon is stepping up and paying for carbon offsets through the non-profit Nature Conservancy, which purchases and expands agricultural and forest lands that serve as carbon sinks. Also, fans who purchase tickets through Climate Pledge Arena's app can download free public transit ride vouchers to get there and back.

Reusing rainwater is a big part of meeting Living Building Challenge goals, and Climate Pledge Arena was designed from the ground up to utilize a series of chutes and gutters to channel Seattle's prodigious rain water into cisterns that then feed the arena's ice making processes and all other on-site water needs.

Another aspect of the arena's green appeal is that 75 percent of the ingredients for food and drinks served come from sources within a 300-mile radius of the facility, significantly cutting down on "food miles" emissions. Single-use plastics are a no-no; vendors must stick to aluminum or biodegradable/compostable containers, straws, cutlery and to-go packaging. All paper products must contain at least 30 percent post-consumer content while cans, bottles and other non-compostables get recycled. Given there will be no "trash" created inside the arena, visitors will have to get used to seeing only composting and recycling bins for their waste.

Only time will tell whether these green features will become standard in other arenas and new buildings elsewhere moving forward. Environmental advocates among others are sure hoping so.