EarthTalk - Why are environmental advocates down on the Forest Stewardship Council

Why are environmental advocates down on the Forest Stewardship Council, given its mission to eliminate unsustainable forestry?

Environmentalists, indigenous people and others exploited by logging in developing countries rejoiced at the launch of the Forest Stewardship Council (FSC) in 1993. Formed to "promote environmentally sound, socially beneficial and economically prosperous management of the world's forests," FSC has definitely done a lot of good in the intervening three decades. Some 500 million acres of working forests around the world have become FSC-certified, and millions of consumers can sleep better at night knowing that their new decking, siding or framing comes from sustainably harvested wood. 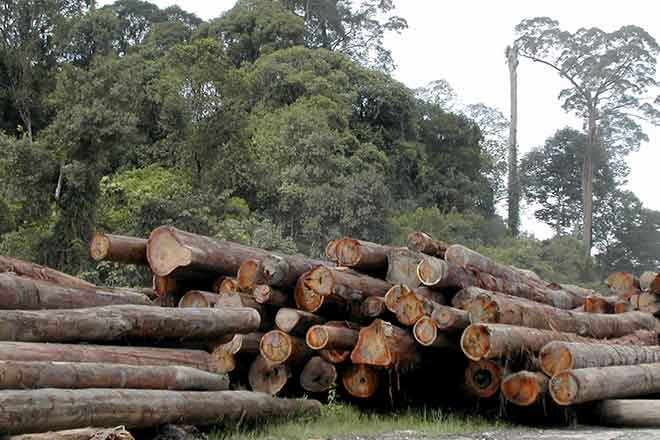 These logs are culled from an FSC-certified forestry operation in Sandakan on the northeast coast of Malaysia. Credit: Angela Sevin, FlickrCC.

But in recent years, critics say FSC has valued loggers' profits over forest conservation. The disconnect, they say, stems from FSC's claims that its auditors inspect every single log/tree entering its "certified sustainable" supply chain to ensure it has been sustainably grown and harvested. But given the volume of logging and the structure of global timber markets, there is no way FSC auditors can physically inspect each log. An auditor for millions of board feet of tropical rainforest timber might be doing his job 5,000 miles away from a skyscraper in London.

FSC maintains that its producers sign on in good faith, and that any wood entering its certification system, whether audited or not, shouldn't be "illegally harvested, harvested in violation of traditional or civil rights, or harvested in forests where high conservation values are threatened." But can we trust FSC's monitoring claims and the origins of lumber when auditors aren't physically in place?

Another criticism of FSC is that its "Seal of Approval" labeling system is confusing and may lead some consumers to a false sense of "doing the right thing." To wit, many reams of printer paper these days bear one or another FSC seal, but whether you choose "FSC 100%," "FSC Recycled" or "FSC Mix" has a huge bearing on how green the choice is. ("FSC Mix" products likely contain wood products that are not from FSC-certified forests.)

Another issue is FSC's decision to continue logging in Australia last year following widespread wildfires there that wiped out 18 million acres of forest. FSC ignored pleas to halt logging until ecosystems there could recalibrate; critics claim that decision shows FSC is more about making money for logging operations than it is about saving the world's forests.

Regardless, bolstering FSC--and holding its feet to the fire--is the best path forward for those concerned about unsustainable logging and the decimation of the world's forests. While the group has no doubt had its problems keeping up with the popularity of its certification system, it is still working hard to achieve its overall goal of meeting our current needs for forest products without compromising the health of the world's forests for future generations. Given national governments' lack of willingness or enforcement power to police timber extraction within their own borders, it's up to FSC--and consumers dependent on their "FSC Seal of Approval"--to fight unsustainable logging practices.