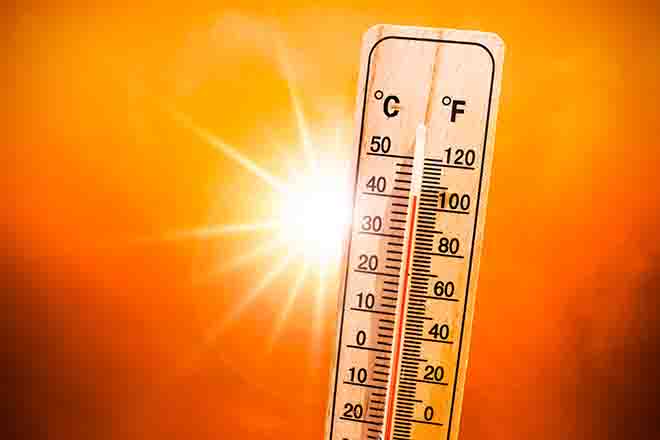 AccuWeather meteorologists expect temperatures to skyrocket across the Intermountain West heading into this weekend, with a few locales potentially reaching their hottest levels of the year thus far. 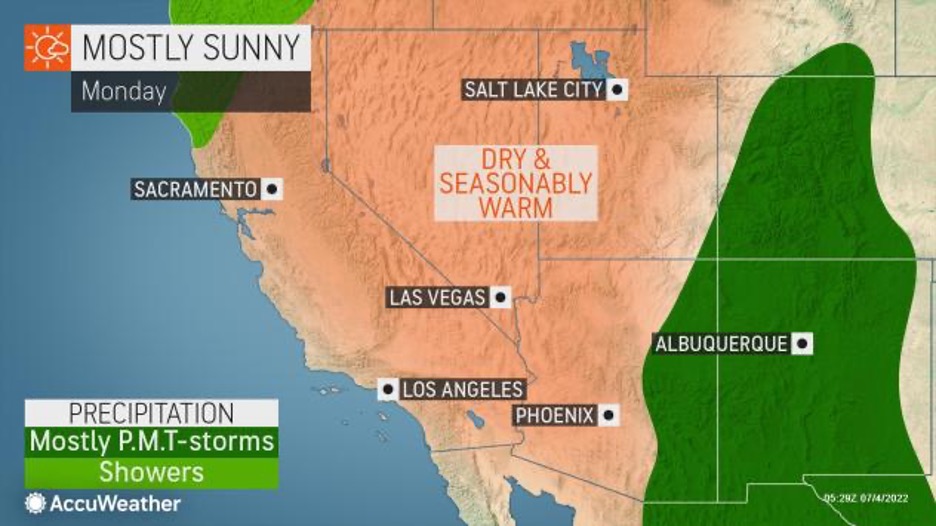 A northward shift in the jet stream will allow a 'heat dome' to build across much of the West and High Plains during the latter part of the week. Underneath these heat domes, the air sinks, causing temperatures to climb and precipitation and cloud cover to generally be limited.

Following a generally seasonable first part of the week, high temperatures in the 90s F are expected to surge as far north as Montana by the end of the week, with the deserts of the Southwest likely to eclipse the 110-degree Fahrenheit mark.

"By the upcoming weekend, highs could be around 105 in places such as Salt Lake City, which is 10-15 degrees above normal for this time of year and would eclipse the hottest day of the year they've had thus far, which was 102 back on June 12," AccuWeather Senior Meteorologist Dan Pydynowski said.

Pydynowski added that the city's daily record highs spanning July 8-10, could be challenged amid the building heat. These records range from 102 to 104.

Farther south, the heat could rival the excessive levels reached during an early-season hot spell prior to the middle of June. During that wave of heat, temperatures hit record levels in Palm Springs, California, and Phoenix, Arizona, peaking at 114. 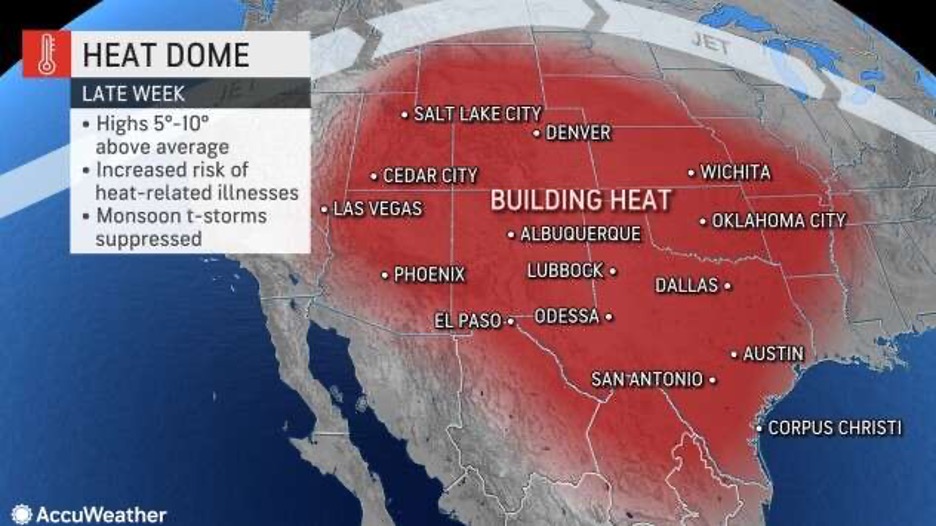 Records at this point in the summer are now much higher than they were back in June, and latest indications point toward the upcoming heat falling short of historic levels. Still, both Phoenix and Palm Springs can expect temperatures in the lower to middle 110s by this weekend, which is about 5 degrees above normal.

The hot conditions will pose an increased risk of heat-related illness to occur, particularly among those working or recreating outdoors, as well as residents without access to air conditioning. Remember to never leave children or pets in a vehicle unattended.

In terms of rainfall amid the hot pattern, the expansive area of high pressure will act to suppress thunderstorm activity, following a strong start to the North American monsoon.

"The pattern that set up this year actually allowed the monsoon to start a little earlier than what we saw last year. The pattern I'm talking about is that big upper-level high that usually waits until July to form, actually formed in June," AccuWeather Chief Broadcast Meteorologist Bernie Rayno said.

As a result, some locations across the Southwest are experiencing a precipitation surplus. Albuquerque, New Mexico, for example, has received over 335% of normal precipitation since the beginning of June. Durango, Colorado, has received nearly 2 inches of rain in the same timeframe, well above the normal of 0.50 of an inch.

Monsoon thunderstorms are likely to remain active across the Four Corners states into the middle part of the week, before the shift in the weather pattern that returns intense heat to the region also puts a lid on thunderstorm development.

"The upper-level high that's been so prevalent across the Plains states is going to migrate to the west and strengthen across the southern Rockies and that, I think, will shut down the monsoon," Rayno said.

Thunderstorm activity is expected to become less widespread late this week and into the weekend as a result, though hikers will want to remain wary of the risk of lightning strikes from isolated storms.

Amid the heat, the risk of wildfires will be lower in areas that have received frequent rounds of rainfall so far this monsoon season. However, where dry weather has been the theme, any bouts of gusty winds can lead to an elevated fire risk. Forecasters say that portions of the Great Basin are expected to face the highest fire dangers this week.