Colorado Parks and Wildlife reopened the Rock Canyon Swim Beach below the dam at Lake Pueblo State Park Thursday after consecutive tests showed water quality levels were back to normal.

CPW temporarily closed the beach last week after routine testing revealed elevated bacteria levels. No one was at the beach when the closure was announced because it was a normal day off for the beach. Typically Rock Canyon is open Thursday through Mondays. 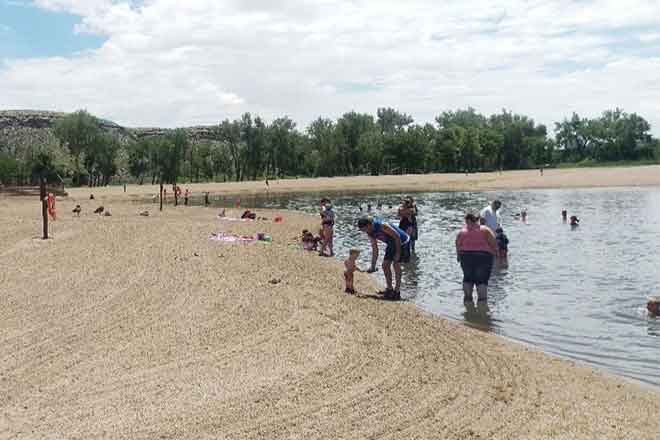 It remained closed throughout the Independence Day weekend until follow-up testing could occur this week.

Park staff follow a stringent water quality testing protocol established by the Colorado Department of Public Health and Environment (CDPHE) to protect public safety. According to CDPHE and CPW rules, the natural swimming area at Rock Canyon, which sits along the Arkansas River, must be closed any time a test sample show greater than 235 E-coli per 100 ml.

Rock Canyon is popular with campers and area residents and boasts a recently renovated bathhouse with restrooms, changing stations and outdoor showers. There are large covered picnic areas and grills for use.

The beach is important to park visitors because swimming is not allowed elsewhere in the lake. Only wading is permitted in the lake. Cliff-diving is also strictly prohibited.

The beach is open 11 a.m. to 6 p.m., Thursdays through Mondays, until Labor Day. It is closed Tuesdays and Wednesdays. There is no extra fee for the beach, but an $8 daily park pass is required on every vehicle that enters the park.