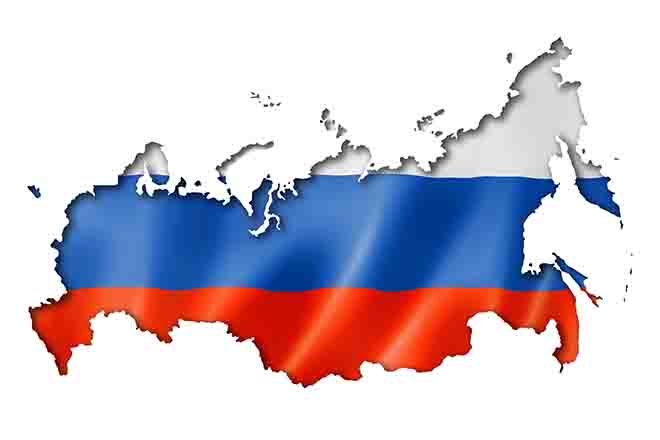 Few world leaders have cut a more consequential but ultimately tragic figure than Mikhail Sergeyevich Gorbachev, whose death at the age of 91 has been announced by Russian state media.

In a way it was fitting that as the last leader of the USSR, Gorbachev was probably its only truly humane one. And it's equally sobering that Gorbachev has passed away at a time when political repression in his native Russia has become stifling once more, and the spectre of conflict in Europe which long overshadowed the region during the Cold War has become reality.

These were outcomes Gorbachev strived to avert. He was a man who became associated with opening up Soviet society, encouraging hope and debate rather than stifling it. He sought to revitalise the USSR, foreseeing a coming century of peace in which the Soviet Union joined a "Common European Home".

Gorbachev's accomplishments were numerous. They included the negotiation of arms reduction treaties with the United States during a number of summits with US President Ronald Reagan. His suggestion to Reagan in Reykjavik that the US and USSR should eliminate nuclear weapons blindsided a US foreign policy establishment that initially saw Gorbachev as little more than a younger version of the gerontocrats he had succeeded.

After initially vacillating, he admitted the 1986 Chernobyl disaster, accepting that doing so would weaken him both at home and abroad. In 1988 he unilaterally drew down Warsaw Pact forces in Europe without waiting for a reciprocal agreement with NATO nations.

Earlier in his tenure he had developed a personal rapport with Margaret Thatcher, who famously told the BBC he was a man the West could do business with. He withdrew Soviet forces from Afghanistan in 1988-9, and admitted their presence was a violation of international law.

He refused to intervene in many of the spontaneous demonstrations seeking to overthrow entrenched communist leaders across the Warsaw Pact, pressuring them not to use force against their own citizens.

And perhaps most notably, he was the chief architect of a grand plan to revitalise the Soviet Union's economy (through "perestroika", or restructuring), its society (via "glasnost", meaning openness), and its politics ("demokratizatsiya", or democratisation).

There were few clues during Gorbachev's unremarkable rise through the ranks of the "nomenklatura" system of Soviet elites that he would come to champion such a radical program. Born in 1931 as the son of peasant farmers in Stavropol, a region cataclysmically impacted by forced collectivisation of agriculture, Gorbachev followed an established path to influence in Soviet politics.

He joined the Komsomol, the youth league of the Communist Party, and was accepted to study law at Moscow State University. After becoming First Secretary of Stavropol, and then the province's party chief, he began cultivating an image as a moderate reformer, offering bonuses and private plots of land to farmers who exceeded crop production norms.

Gorbachev's political career could have ended there. But like many successful political elites, he benefited from networks of patronage, with the Communist Party's main ideologue Mikhail Suslov and the KGB head Yuri Andropov both seeing him as a valuable fresh face in an increasingly sclerotic Soviet leadership.

Casting himself as a vigorous opponent of corruption, Gorbachev was promoted to the Party's Central Committee, and then to the Politburo, the main policymaking body of the USSR. When the Communist Party General Secretary Leonid Brezhnev died in 1982, Andropov took the reins and gave Gorbachev increasing control over the economy. He was effectively the second most powerful figure in Soviet politics until he eventually took over as General Secretary in 1985, following the deaths of Andropov a year earlier, and then the ailing General Secretary Konstantin Chernenko.

Although Gorbachev was venerated in the West as the man who ended the Cold War, he became almost equally reviled at home as a foolish leader who brought about something he didn't even intend: the collapse of the USSR.

And while he will be most remembered in Europe and the US as one of history's great peacemakers, Russians saw an entirely different face to Gorbachev, as the personification of instability and decline.

By the time the East European communist dominoes fell in 1989, culminating in the tearing down of the Berlin Wall in November and the defection of a large chunk of East Berlin's workforce to the West virtually overnight, the USSR had lost its empire. It was also in the process of losing its unifying national idea.

The chief reason for this was that Gorbachev's social reforms were far too successful, while his economic reforms were an abject failure. Perestroika served only to reveal how deeply inefficient and corrupt the Soviet command economy had become. Beginning as a program of economic acceleration, and ultimately morphing into a 500-day plan to shift the Soviet economy from the plan to the market, Gorbachev relied on a new cadre of younger technocrats to push through his reforms while many of the old guard remained in top positions.

Campaigns against alcoholism saw him publicly ridiculed as the "Mineral Water Secretary", and his wife Raisa's expensive tastes in Western clothing became an object of popular anger. As the gap between economic performance and the people's ability to criticise it widened, Gorbachev blinked too late. In 1990, he intervened to put down civil unrest in Baku, and blockaded Lithuania, which had voted for independence.

While Gorbachev struggled to hold the USSR together, the old Soviet guard launched a hard-line coup in August 1991, placing Gorbachev under house arrest at his villa in the Black Sea resort town of Foros. Boris Yeltsin, the leader of the Russian Federation, became the face of the resistance, emulating Lenin by climbing onto a tank and demanding Gorbachev's release as well as free and fair elections. With the Russian army refusing to fire on the crowd of demonstrators, the coup collapsed.

Gorbachev returned to Moscow but as a diminished figure, resigning as General Secretary of the USSR and eventually its President after the constituent parts of the USSR negotiated the end to the Union Treaty and the beginning of their own sovereign statehood. As President of Russia, the main component of the Soviet Union, Yeltsin inherited the USSR's seat on the UN Security Council and eventually the entirety of its nuclear arsenal.

After losing power, Gorbachev initially ran in Russian presidential elections (never attracting more than a tiny fraction of the vote), wrote books and memoirs, and later as he gradually withdrew from public life came to express his regrets about how history had played out. Gorbachev initially praised Putin's ability to unite Russia, but as the Russian journalist Alexei Venediktov revealed in 2022, he became bitterly disappointed that Putin had destroyed everything he had worked to create.

Ultimately, the tragedy of Gorbachev was his misplaced faith in Soviet economics, and how badly he mistook the desire of the people of the USSR for national self-determination for a willingness to revitalise the Soviet idea.

Yet his enduring belief in enlightened progress and a preparedness to take risks to achieve it stand in stark contrast to the caricature Russia resembles today, which celebrates what divides rather than what might unite us.

Sadly Gorbachev's humanism, flawed though it was, has no place in Vladimir Putin's Russia, which has turned its back on modernity, cultivating a culture of victimhood and glorifying Russian chauvinism in the cynical pursuit of personal power.

Like other tragic reformers in history, then, Gorbachev's chief legacy is to remind us about what might have been, rather than what subsequently transpired.