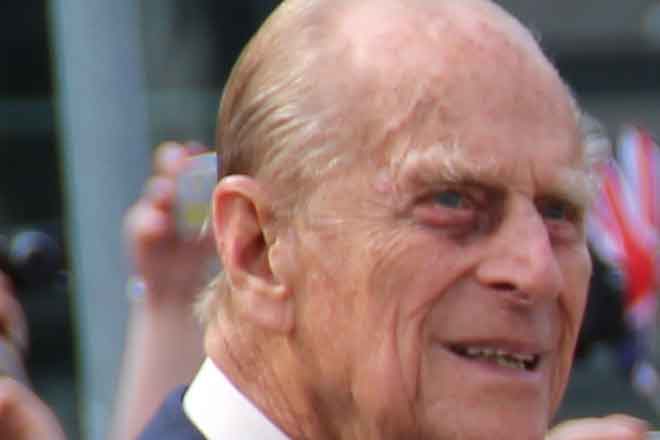 In the U.K. it is customary to receive a personalized message from the queen on your 100th birthday - such is the relative rarity of reaching the milestone.

Reaching such a ripe old age isn't uncommon among the British ruling family - in fact, my analysis shows that on average they live an additional 30 years compared with their subjects.

I looked at the duration of life of the last six British monarchs, along with the longevity of their spouses and children - in total 27 royals. What it reveals is a fascinating and familiar story for those of us who study aging and longevity for a living. As a professor of epidemiology and biostatistics, I had previously observed the exact same phenomenon among U.S. presidents - they also tend to live decades longer than the general population they serve.

The ruling U.K. monarchs from Queen Victoria onward lived an average of 75 years. And this longevity will continue to rise with each day that Queen Elizabeth II - currently age 95 - lives. Their spouses survived even longer, reaching an average age of 83.5 years. If Victoria's husband Prince Albert, who died of suspected typhoid fever at age 42 in 1861, is removed from the equation, the average duration of the life of the spouses of the monarchs was an astonishing 91.7 years.

By contrast, the average life duration of the wider U.K. population for the years the monarchs were born throughout this period was only 46 years, according to figures from the Human Mortality Database. For example, the typical life expectancy at birth for a female in the U.K. in 1819 was just under 41 years. Queen Victoria, also born in 1819, was 81 when she died. By the time Elizabeth II was born in 1926, life expectancy at birth for females in the U.K. had risen to 62 - the queen has already surpassed that by some 33 years.

Such differences in lifespan - with some members of the royal family living to an age double that expected of the general population - are considered in aging circles to be extremely large, but not uncommon.

Lifespan differences of this magnitude are the result of a combination of genetic as well as social and behavioral influences.

No one can live long without first having won the genetic lottery at birth. To maximize the chances of achieving exceptional longevity - upward of 85 years old - you must begin by being lucky enough to have long-lived parents. But even for those blessed with the gift at birth of the potential for a long life, this is no guarantee you'll outlive your contemporaries.

The next challenge is to avoid behaviors that shorten life. That list is long - it is a lot easier to shorten life than extend it - but among the most well known are smoking, eating in excess and lack of exercise.

And then there is the influence of poverty and privilege. Being born into or living in poverty has been shown to be one of the most important factors that shortens lifespan - and it is here that perhaps the royals have the greatest advantage.

Further evidence of privilege being a crucial ingredient in the recipe for exceptional longevity can be seen in the fact that the children of the last six U.K. monarchs that died from natural causes lived an average of 69.7 years. This is some 23 years more than the average age of British subjects over that period.

Put simply, British monarchs and their families live so much longer than their subjects for the same reason other subgroups of the population across the globe live longer than contemporaries born in the same year: privilege over poverty. A famous study conducted in Manchester, England, in 2017 demonstrated vast differences in life expectancy depending on the conditions of where people lived. Access to higher education and economic status was directly correlated with longer life, while lower education, income and poverty were linked to shorter lives.

In the U.S., similar studies of life expectancy by county, census tract and zip code demonstrated the same phenomenon. In fact, there are multiple instances of dramatic differences in longevity among people living as close as across the street from each other - caused by differences in poverty and privilege.

Differences in duration of life are first defined by genetics, but it is then heavily mediated by education, income, health care, clean water, food, indoor living and working environments, and the overall effects of high or low socioeconomic status.

The long life of Prince Philip is a cause for celebrating the progress of medical science in being able to keep people alive for longer. But it is in part the result of a privilege denied to many and a reminder that humanity has a long way to go to equalize the chances of living a long life.

S. Jay Olshansky, Professor of Epidemiology and Biostatistics, University of Illinois at Chicago