Thanks to a series of recent snow storms, drought conditions in Colorado have shown substantial improvements over the past month, including the past week, with extreme drought nearly disappearing from the state.

A remaining sliver of exceptional drought - the worst category - in southwest Archuleta County disappeared in the latest report from the National Drought Mitigation Center.

Across southwest and south central Colorado, extreme drought receded from most of the area, with remnants remaining in extreme southeast La Plata County, along with southern Archuleta County, southeast Costilla County, and a small portion of southwest Las Animas County. 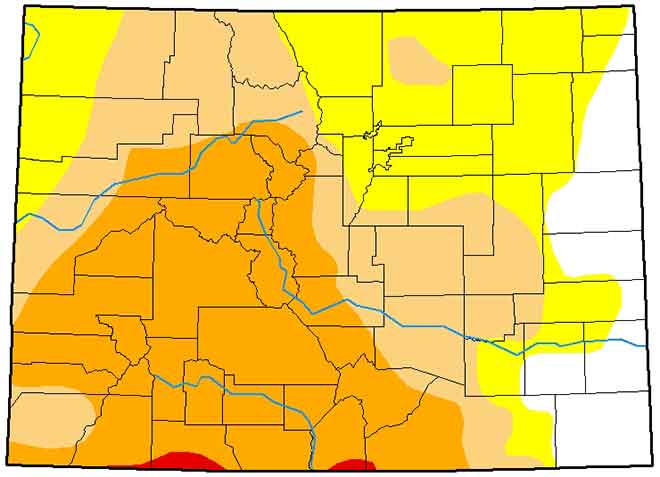 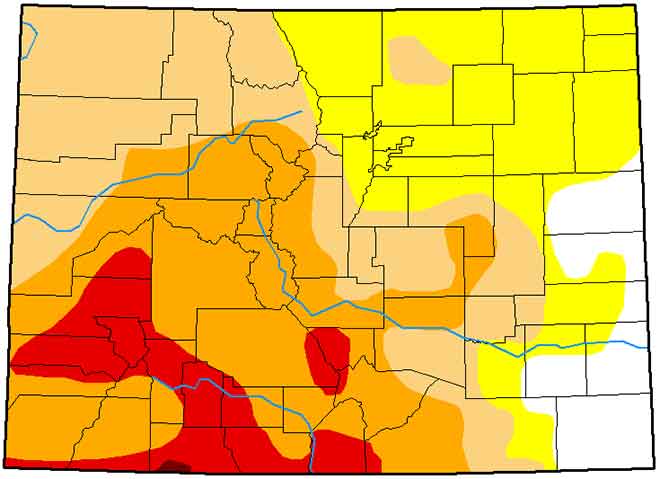 In the northeast part of the state, most of Yuma County moved back to drought-free conditions, as did eastern Phillips and southeast Sedgwick counties.

One year ago, 10 percent of Colorado was drought-free, while 19 percent was abnormally dry. Thirty-seven percent of the state was in moderate drought, with 26 percent in severe conditions. Eight percent was in exceptional drought. 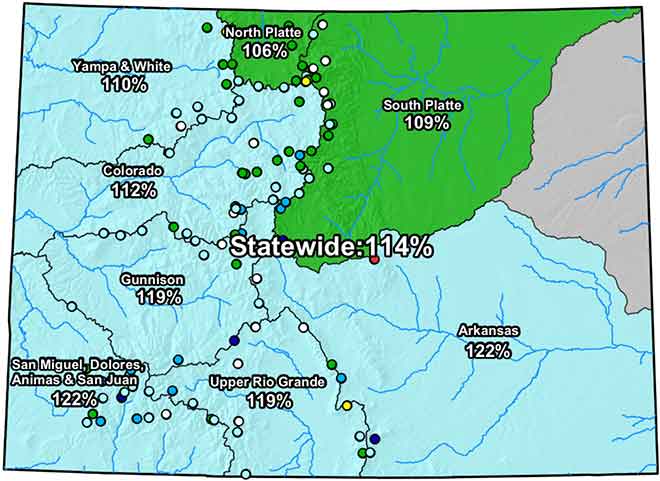 Snow water equivalent - the measure of water content in the snowpack, remains strong across the state, with all basins reporting above 100 percent of median for this time of year. The statewide average across all basins stood at 114 percent as of February 28, down from 115 percent February 22. The Arkansas and San Miguel, Dolores, Animas and San Juan basins remained the strongest in the state at 122 percent of the median.