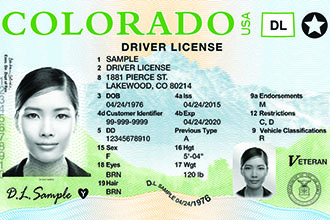 By Cole Lauterbach | The Center Square

A national survey regarding federal REAL ID requirements suggested that next year's holiday travel season could be chaotic.

An estimated 99 million Americans said they do not have any form of identification that will be accepted by the Transportation Security Administration after October 1, 2020, according to a survey conducted for the U.S. Travel Association. Of the 60 percent of people who plan to fly domestically in the next two years, the poll found only 18 percent had a REAL ID-compliant state identification.

Worse, 57 percent of respondents were unaware of the deadline in the first place.

"Come October 1, 2020, there are 99 million people that don't have the ability to go through security and get on a plane," said Tori Barnes, U.S. Travel Association executive vice president for public affairs and policy.

Should these numbers persist next fall, the nation could see what Barnes called "absolute chaos" in the rush to get either REAL ID-compliant cards or passports before the holiday travel season.

The poll was conducted in July and September by Longwoods International. It only used a "sampling" of the pool of 1,000 respondents each month. The margin of error was 3 percent.

The U.S. Travel Association is pushing for either an online portal for people to apply for cards or for allowing for biometric data to be used to identify travelers.

The Illinois Secretary of State's office has issued thousands of REAL ID cards in the weeks since it began making them available, but some people have been turned away, even though they have all of the requisite documents.

"That's not how it should happen," Secretary of State's spokesman Dave Drucker said. "We're moving as quickly as we can, but part of the problem with the REAL ID is that it does take extra documents."

In response to these issues, Drucker said Secretary of State facilities will now process anyone who gets in line before a certain time set by the site manager so that "anyone who's in line will be served."

A number of states have yet to begin issuing REAL ID-compliant cards. Kentucky officials announced last week that the state would halt its plan to offer REAL ID for residents, citing the administrative burden. Oregon and Oklahoma both plan to roll out their programs next summer.