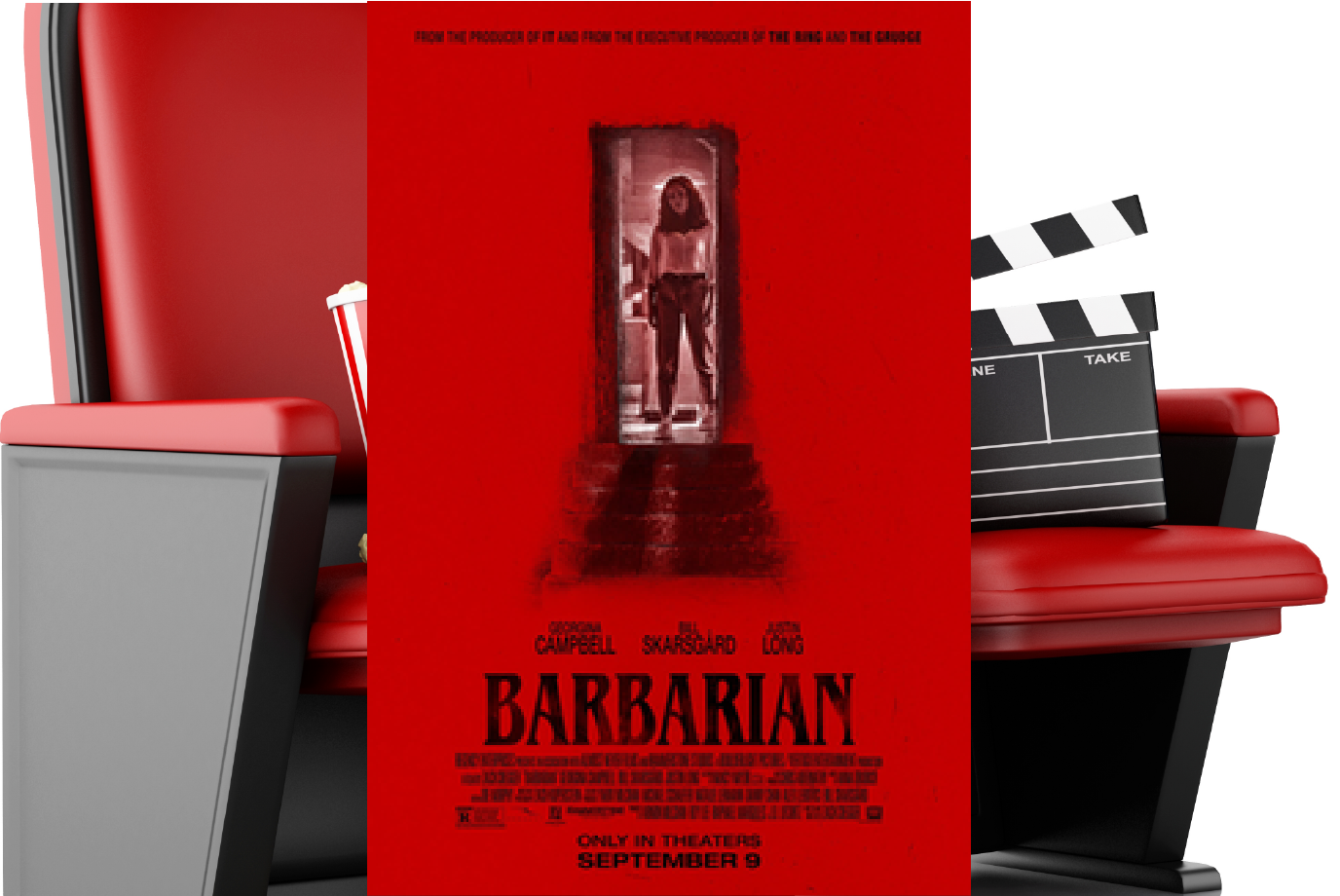 With "Barbarian," writer/director Zach Cregger of "The Whitest Kids U Know" becomes the latest performer primarily known for comedy to take a stab at the horror genre. The gold standard is of course Jordan Peele, whose "Get Out" in 2017 was an out-of-nowhere success both at the box office and awards podiums. Then there's John Krasinski, who led "A Quiet Place" to critical and commercial success in 2018, and perhaps even more impressively, "A Quiet Place Part II" to becoming arguably the first post-pandemic blockbuster last year. "Barbarian" isn't a creative game-changer or a box office powerhouse, but it gets Cregger's foot in the door for what might be a rewarding career in horror.

The film (at first) follows Tess (Georgina Campbell), a woman traveling under unenviable circumstances. It's dark, it's rainy, she's not familiar with the area, and she's in a bad part of Detroit. All she wants to do is check into her rental home, and wouldn't you know it, there's no key in the drop box. But there is a light on inside. It's a skittish man named Keith (Bill Skarsgard), who claims that he's the one renting the house this weekend. He offers to share the house, and the out-of-options Tess agrees. But something is off about Keith. He suffers from night terrors, he insists way too hard that he's not a threat, and he's played by Pennywise from "It." Tess finds her way into the basement, and clearly someone has been doing more than laundry down there. She finds an unlit passage and enlists the moderately-suspicious Keith to go ahead of her to investigate. Something horrific happens.

The story then follows A.J. (Justin Long), an actor plagued by scandal. He's the owner of the house, but it might just be on paper. He arrives a few weeks later to sell the property, and it very well may be the first time he's ever set foot in it. He too is driven to the basement, and after a detour upstairs (the comedian in Cregger rearing its head), he goes exploring the darkened, seemingly endless passage. No good comes of it. Then again, A.J. is a huge slimeball and maybe "no good" is too good for him.

We had a faint idea from earlier what was hiding in the passage, but A.J.'s exploration fleshes it out more, as does a flashback to the house's previous owner, Frank (Richard Brake), a sicko from the 1980's. Exposition from other characters, including local squatter Andre (Jaymes Butler) fills in the rest. The film revolves around the twist of what's in the passage, but it's not anything suggested by the setup. I'll give you a hint like I did last week with "The Invitation": the entity is dead-set on treating the characters like something that can be found by changing the I in "Barbarian" to a Y and then dropping five letters from the title, including both R's.

I've seen a lot of critical praise for "Barbarian," and I'm sorry to say that I just don't get it. I think critics just wanted something to recommend amid the traditional August-September dry spell. Yes, it's a better film than I'd expect from Cregger (whose only other theatrically-released directorial effort earned a dismal 5% on Rotten Tomatoes), but the last act sabotages a lot of what came before it. I can picture Cregger giggling as he was writing the ending, which isn't as clever or funny as he thinks it is. The good thing about the success of "Barbarian" is that it will afford Cregger the chance to make another horror movie, and hopefully that one can stick the landing. The best thing I can say about this movie is the admittedly-backhanded compliment that Cregger shows a lot of promise and I can't wait to see what he does next.

"Barbarian" is rated R for some strong violence and gore, disturbing material, language throughout and nudity. Its running time is 102 minutes.