John A. Stavely was born August 2, 1922, in Camp Springs, Texas, to Bryant O'Neal and Mary Ellen (Davidson) Stavely.  He was the second of four children.

John A. lived his younger years in Texas -- the "closest place to Heaven on Earth" -- as he would frequently declare.   He was known for his entertaining Texas-style stories -- many of which became greatly exaggerated over the years.   As he shared childhood memories, it was evident John A. was full of mischief and life. He told stories of growing up with his bull dog "Popeye" and life in rural Fluvanna, Texas. 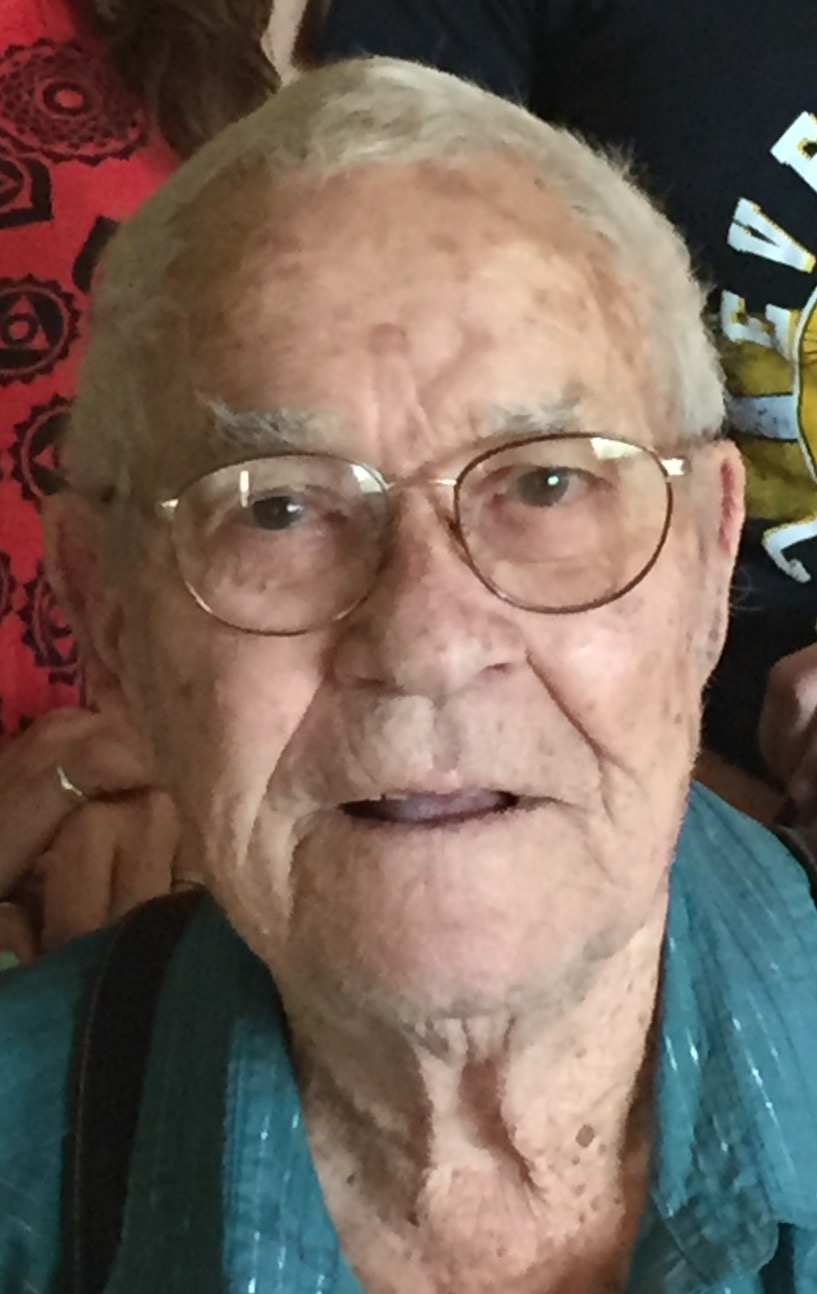 He was extremely protective of his younger sister and brother and shared many of his adventures with them. John A. was most proud of a particular photograph taken of him as an infant.  As the story goes, a popular baby food company (or was it a film company??) paid his parents a rather large sum of money back in 1922 for rights to the cute picture.  The family has often wondered which version of the story was accurate and if, or when, the picture was ever used.

With World War II on-going, John A.  was employed as a machinist for Consolidated Aircraft Corporation in San Diego, California. He went on active duty in the United States Army Air Corp in 1944, serving as a noncommissioned officer for 26 months in the U.S. and on Guam.  John A. was extremely proud of his military service but shared very little about the events and activities that encompassed his Army life.

While John A. was serving his country, his family relocated to Kiowa County, Colorado.  Following his discharge from the Army in 1946, he joined his family in Haswell.  John A. was hired as the Superintendent for the 1946-47 Haswell school year, and in 1950, was an instructor in the farm training program at the Lamar Junior College.

He married Elda Evelyn Davis in the Haswell community church October 3, 1946.  John A. and Elda were the proud parents of five sons and one daughter.

John A. was a real estate salesman and broker for many years while also farming and ranching in the Haswell area.  In 1961, he and Elda purchased the Davis ranch west of town from Elda's parents when they retired.  John A., Elda, and their six children were the third and fourth generations of Davis's to own and live on the ranch.

In 1973, John A. and Elda moved from the ranch into the small town of Haswell.   John A. loved to "watch things grow," so as life began to slow down, gardening became his passion.   He spent countless hours over numerous years planting and tending to a massive garden in the backyard.  A full complement of fresh vegetables was proudly shared with family and friends and used to make his awesome chow-chow and pepper sauce.

John A. passed away peacefully January 1, 2019, at the Bent County HealthCare Center with his daughter by his side.  He was preceded in death by his parents; an infant brother; son (Eldon Bruce Stavely); brother-in-law and sister (Ross and Frances Stavely Belew); and brother (Bryant O'Neal Stavely II).  He is survived by his wife of 72 years Elda; his four sons, Johnny (Carrie) Stavely of Pueblo West,  Charles Stavely of Haswell,   David (Jamie) Stavely of Haswell,   and Paul Stavely of Ordway;  his daughter, Frances (Don) Cain of Falcon; nine grandchildren, and 13 great-grandchildren as well as nieces, nephews, and friends.  John A. was loved and will be dearly missed.