Justin Adams Flora was born in Lamar December 23, 1947, to Winnie and Lee Flora. 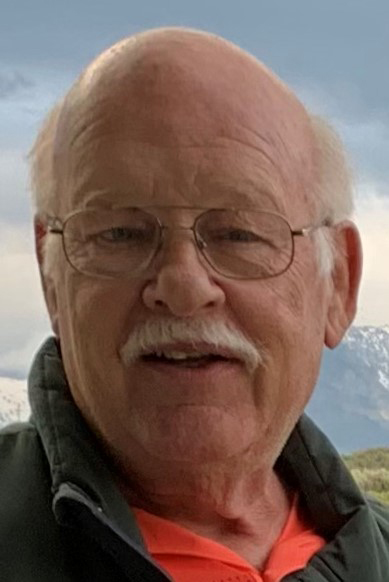 Justin loved growing up in Lamar where he began working in the family business, Flora Rexall Drugs, at an early age. After graduating from high school, Justin attended CU where he became a life-long Buffs fan, and later graduated from Regis University.

In the years between college and marriage his love of music was expressed in his membership in the rock and roll band, "House of Rhythm." In those years they played many gigs throughout southeastern Colorado.

He met Elaine Haswell while at CU, she at CSU, and they married in Denver March 6, 1971. They began their married life in Lamar where Justin was a real estate broker and appraiser. He was involved in many community activities including president of the Planning and Zoning Board and a member of the Honkers. He loved playing softball in the summer and continued that until his boys were of "baseball age," when he began coaching their teams. His other summer love was camping and fishing every year with his family at Taylor Park Reservoir and finding those places down the river to catch the feisty ones.

After some health issues, Justin moved his family to Cheyenne Wells to pursue a simpler way of life. He eventually got back into the real estate business as a Certified General Appraiser. After retiring, he was able to dig into his passion for organic gardening and sharing his bounty with family and friends. His garden was admired by many in the community. He truly enjoyed the outdoor life with a good fire and listening to lots of rock and roll on the patio.

Justin passed away at Littleton Adventist Hospital January 14, 2021. He was preceded in death by his parents, Leland and Winifred Flora; and his son, Sean Paul Flora.

A memorial celebration will be held in his garden in mid-May.

Memorial contributions can be made to the William Kimmell VFW Post #9700 in Cheyenne Wells.

Funeral arrangements have been entrusted to the care of the Brown Funeral Home in Cheyenne Wells.

EarthTalk - What is the “Climate Pledge...