Keith was raised on a farm outside Eads and graduated from Eads High School in 1955. 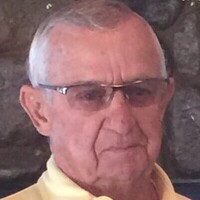 Keith married Barbara Kay Aldrich April 27, 1958, and to this union brought their four sons, Jeffrey Scott, Steven Todd, Douglas Keith and Stacy Jon. All four sons graduated from Eads High School and have followed in their father's footsteps by farming and ranching in the Eads area.