Zach grew up in the community of Eads. You could find him playing hide and seek in the courthouse field and other people's yards, or playing in the school gym whenever he wanted, or throwing the ball at the high school fields till after sundown with his brothers. He had a smile that was big, but even that was dwarfed by the size of his heart. Everything he did was driven by relationship and a job well done. 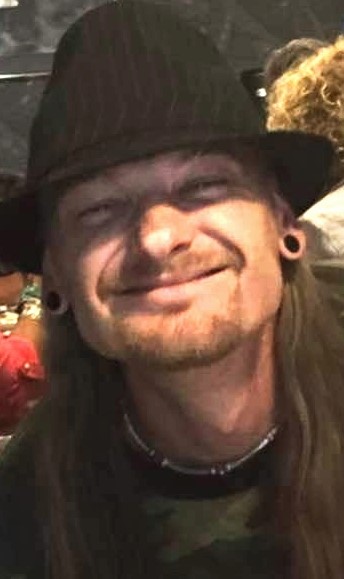 He graduated in 1999 from Eads High School where he excelled in wrestling, lived for shop class, enjoyed the golf team, and not to mention challenged his favorite physical education teacher, his Dad. He also enjoyed art, craftsmanship (wood and metalwork) and fishing.

Everyone knows he had a passion for cooking, and even more of a passion for eating, which made us all wonder how he stayed so thin.

After high school, Zach chose to learn what he needed for life through work and serving people he respected. His parents saved money for his college fund and Zach asked them to give it all to his older brother's Teen Mania Internship program.

His work had turned into a passion, helping others in practical ways. Whether he was trimming trees, building a deck or repairing broken plumbing, Zach was up to the task. He worked for crews that came through town as well as local businesses, and he took each job as an experience that would serve him in the projects to follow. His driving force was not often found in money or security.

Zach developed a skill set that translated into putting his thumbprint on every corner of town. Some of the ways we know that he officially served his community were in helping with set up and sound at the Main Street Bash every year, and giving his time and talent to the restoring of the Crow-Luther Cultural Events Center. We know that there are times Zach would mow lawns with people not knowing it was him, or fix something people didn't know was ever wrong with their house, but there are countless ways that Zach served the community of Eads (and anywhere he lived) that are still unknown.

Zach received Jesus as his Savior and King after a powerful encounter with God. He was baptized February 3, 2019. He would stop what he was doing in a heartbeat to minister the love of the Lord to anyone that needed it.

Zach was not a man who loved material things. If he had the choice between living in a mansion full of pricey items, vs. one of the first buildings in the town full of things that had been passed through generations, he would always choose the later.

Zach is survived by his father and mother, Larry Gifford and Carla Gifford; brothers, Joshua Gifford and Noah Gifford; Joshua's wife, Daisy, and their children Clayton, Gwendylan, and Titus. He will also live on in the hearts of all of his aunts, uncles, cousins and friends.

As Zach would say with his big smile, "peace out."

The Larry and Carla Gifford family ask you to consider sending a donation to offset any expenses.

This fund has been arranged through Charis Christian Center. You can mail a check with "Gifford Memorial Fund" printed on the memo line to: Charis Christian Center, 10285 Federal Drive, Colorado Springs, CO 80908, or call 719-227-0380 to give over the phone, or go to www.charischristiancenter.com and email info@charischristiancenter.com with who you are, what you gave and that you want it to go to the "Gifford Memorial Fund." You will be receipted for your donation.

Dear Dietitian – What are the health...

Poll workers on Election Day will be...