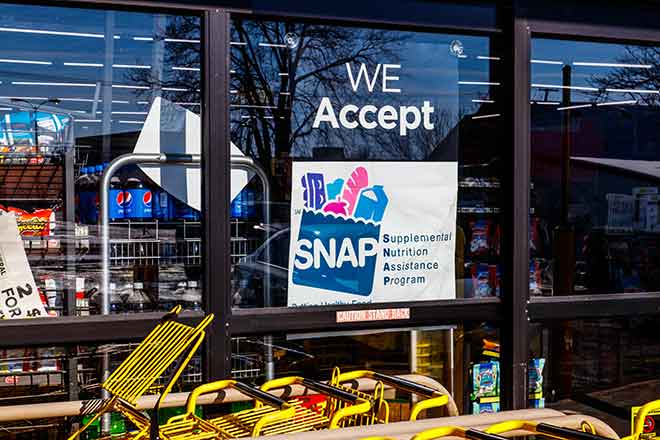 (The Center Square) - Spending on food stamps has increased by $53.5 billion - an 89 percent increase - in the two pandemic years. By comparison, that's how much the entire program cost in 2009 during the Great Recession.

The average monthly benefit per person increased 68 percent, from $129.83 per person to $217.88 per person, from 2019 to 2021, according to figures from the United States Department of Agriculture's Food and Nutrition Service.

The federal program helps supplement the food budget of people who qualify. SNAP provides benefits to eligible low-income people through an Electronic Benefits Transfer card that can be used at stores to buy food.

Emergency orders are helping some states collect more federal help. For example, by having a COVID-19 state of emergency in place, "Connecticut has received and distributed an additional $748 million of emergency SNAP benefits," Connecticut Gov. Ned Lamont said in a June 28 executive order. "The continued receipt of these funds is vital to offsetting the effects of food insecurity in Connecticut during the COVID-19 pandemic."

About 35.7 million people nationwide used SNAP benefits in 2019, the lowest number since 2013. Participation in the program increased to 39.9 million in 2020 before climbing to 41.6 million in 2021, according to USDA documents.

More people are expected to participate in SNAP in the coming years.

For 2023, the USDA estimated participation would increase to an average level of 43.5 million participants per month, up from 42.3 million in 2022.

The lower costs are expected to come from the expiration of the Families First Coronavirus Response Act and the expiration of a 15 percent benefit increase from the Consolidated Appropriations Act 2021 and the American Rescue Plan at the end of fiscal year 2021, according to the budget.

The emergency authorization payments that were provided through the Families First Coronavirus Response Act and other program waivers are expected to continue for the length of the Public Health Emergency, likely through the majority of 2022, according to the budget.