One week after a pocket of exceptional drought emerged in Colorado, 91 percent of the state is in severe or extreme conditions according to the latest report from the National Drought Mitigation Center.

This week's conditions are a slight improvement for part of the state as portions of Custer, Fremont, Teller and El Paso counties shifted from severe to moderate drought. 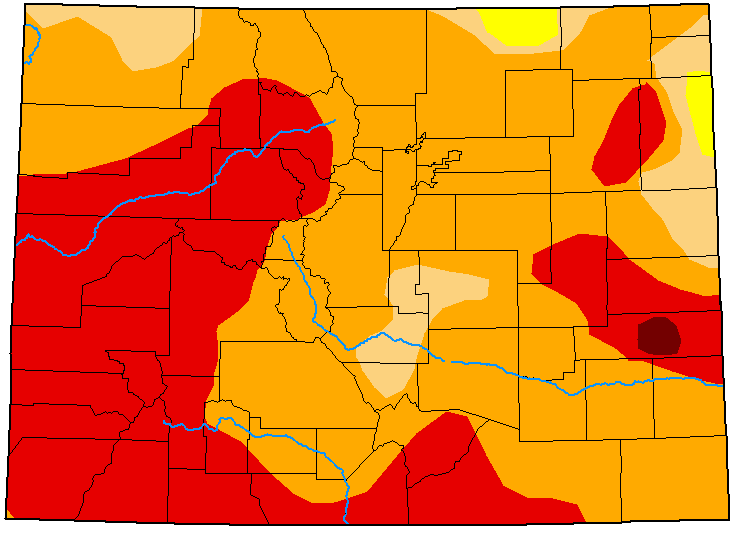 In eastern Kit Carson County, an abnormally dry area that developed following a series of storms earlier in the summer returned to moderate drought. Burlington, the largest community in the county, saw an August average maximum temperature of 93 degrees - seven degrees higher than normal. At the same time the city saw less than half its usual rainfall for August. Just 1.15 inches of rain was recorded, compared to the average of 2.41 inches.

While much of the remainder of the state is unchanged from the previous week's report, severe drought did expand slightly in eastern Cheyenne County.

Hot, dry conditions have contributed to four costly fires in northern and western Colorado. At least $83 million has been spent to battle the blazes.

The outlook for September remains grim. Drought is expected to persist through the month, and the remaining abnormally dry areas in Weld and Yuma counties are expected to develop at least moderate drought over the coming month. 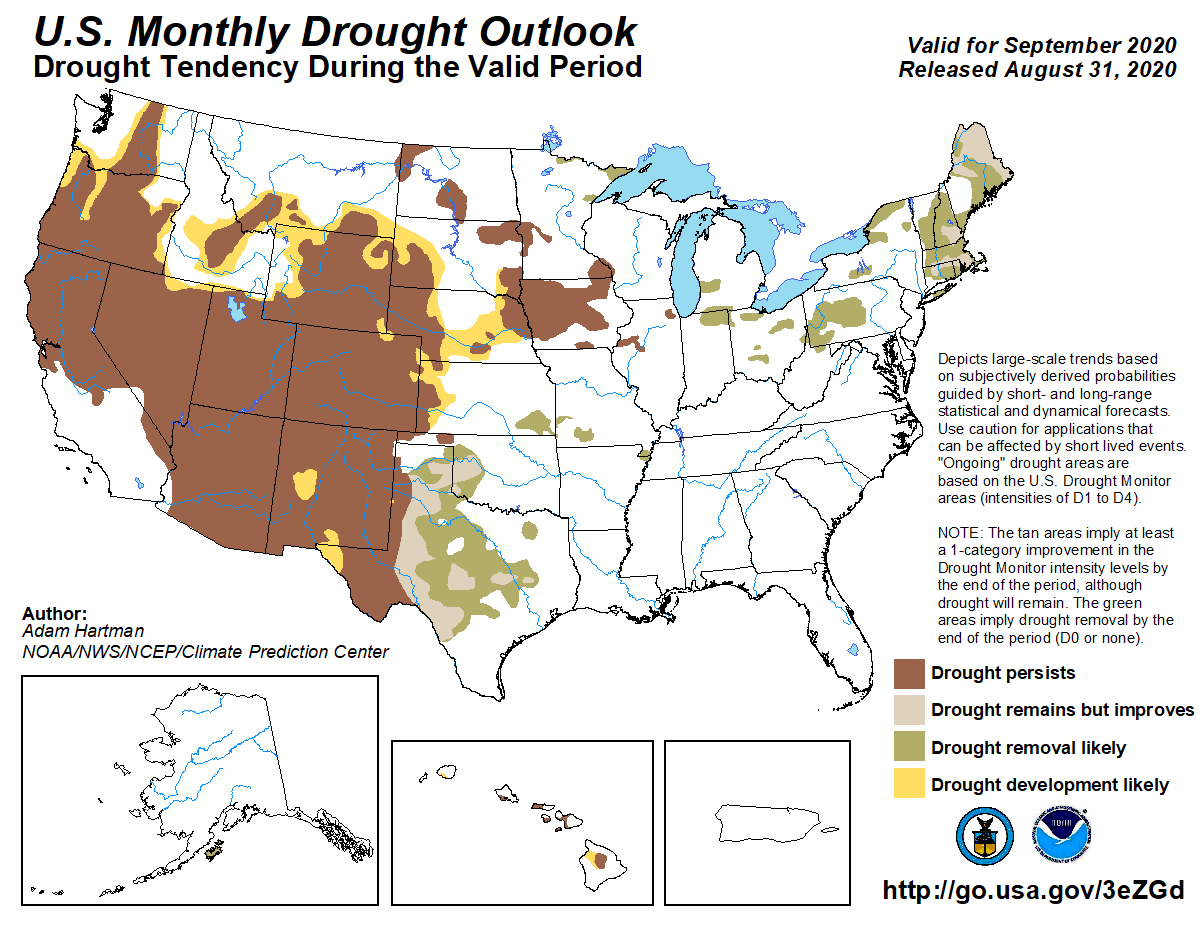 Below normal precipitation is also expected across the Colorado in September.

Overall, abnormally dry conditions fell from two percent last week to one percent in the state. Areas of moderate drought increased from five percent to seven, while severe conditions dropped to 55 from 57 percent. Extreme drought was unchanged at 36 percent. Numbers do not total 100 percent due to rounding.

While Colorado does have a pocket of exceptional drought that developed in central Kiowa County last week, it represents just 0.38 percent of the state. 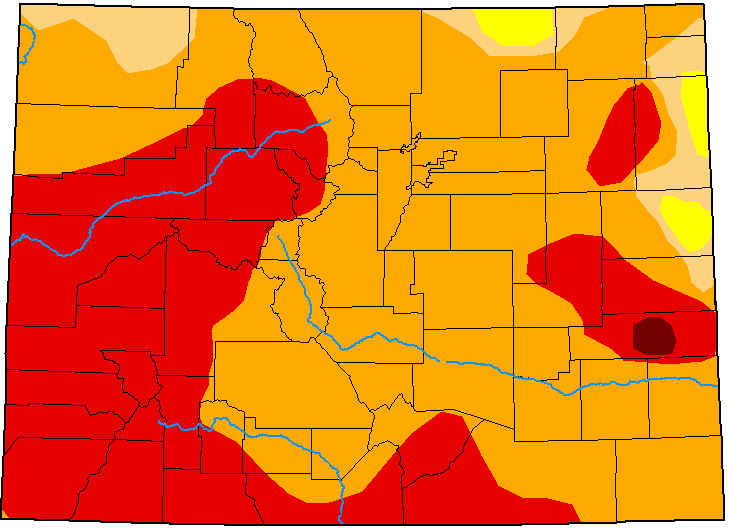 One year ago, 59 percent of the state was drought-free, while an additional 38 percent was abnormally dry. Three percent of Colorado was in moderate drought conditions.