In northeast Colorado, all of Sedgwick and Phillips counties, along with smaller portions of Logan, Weld and Yuma counties remain abnormally dry after being drought-free until two weeks ago. Portions of Larimer and Jackson counties in north central Colorado are also abnormally dry. 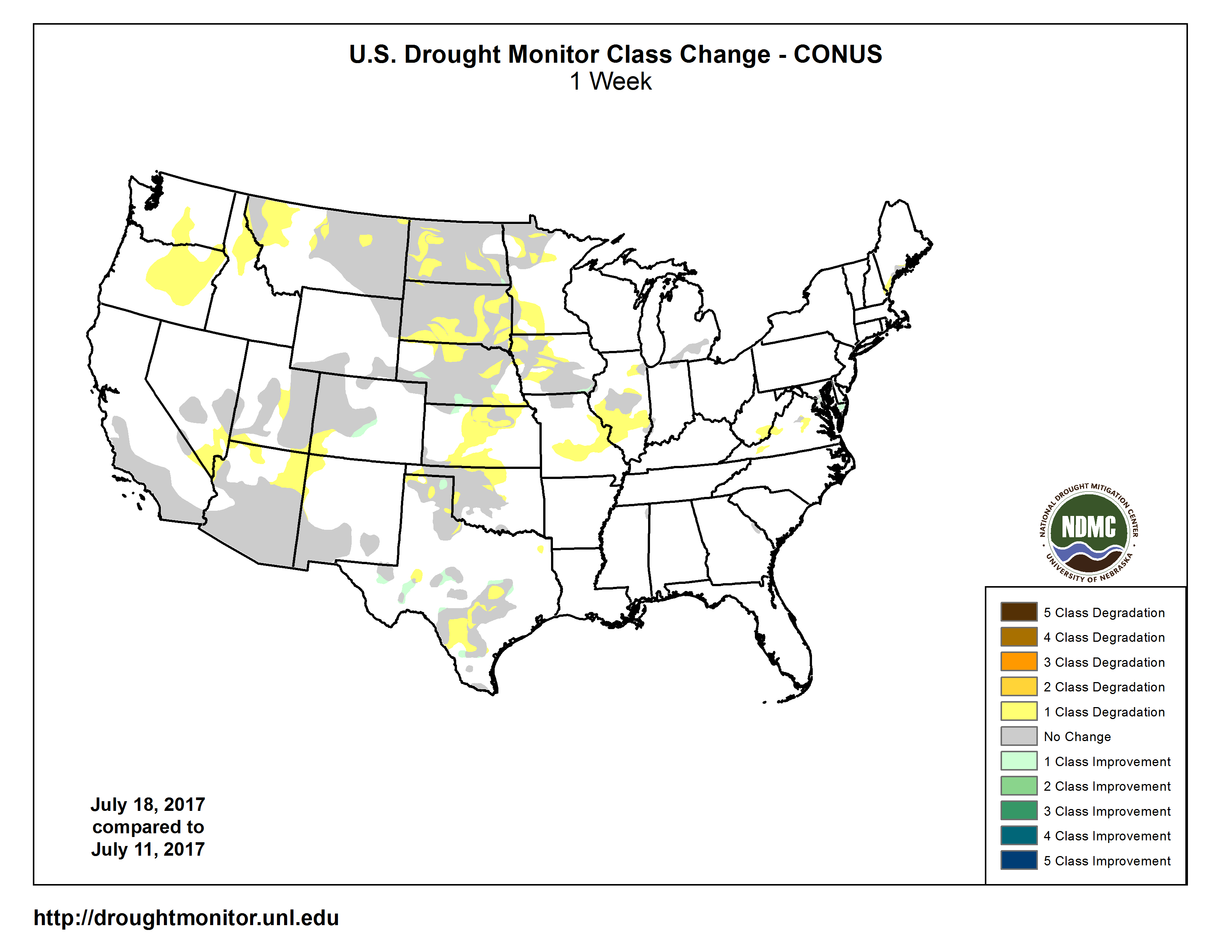 Fremont county moved back to drought-free conditions, as did most of Teller county. Abnormally dry conditions expanded across most of Dolores county this week, and now also encompass most of Montezuma county and about one-third of La Plata county.

While moderate drought is not yet impacting Colorado, that level of drought continues to wrap around the northeast corner of Colorado in Nebraska, and in Utah west of Moffat and Rio Blanco counties.

Aside from the northeast corner, eastern Colorado continues to escape drought conditions, thanks in part to recent afternoon rains fed by seasonal monsoon moisture flows. Heavy rain in some areas resulted in flooding (video).

Three months ago, nearly all of eastern Colorado was in some category of drought, with the worst impacts experienced over the southeast plains and north central mountains, which were in moderate drought. In May, a series of late winter storms brought heavy, wet snow, along with rain, to free eastern Colorado from drought conditions.

Western Colorado had largely left drought conditions behind in January as a series of storms blanketed the area in snow.