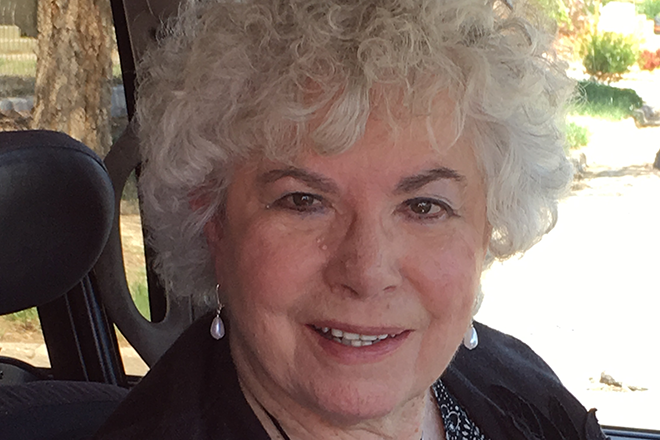 "There is no challenge to being nice to nice people. The challenge comes to loving the unlovable." J.L. Muniz

Bob and Renee Wood of Eads met all their 32 children and grandchildren from
Wyoming, Montana, Colorado, and Pennsylvania in Denver for the weekend in a resort motel to celebrate and rejoice that Renee is 80 years old. She was so thrilled when she called me Sunday evening. She has crocheted probably hundreds of afghans through the years for her relatives and others so her children have been collecting photos of the afghans for them and other people to make a book for her. This wonderful couple moved to Eads 52 years ago for Bob to be a teacher and coach and in time to be our Superintendent. Renee worked for a number of years in the Weisbrod Hospital and Bob continues to be a valuable volunteer on several boards and is an Ambulance driver.

The Thursday Coffee Hour at Weisbrod was well attended. It was good to see Bill Trosper's mother's quilt displayed in the dining room. It has flower seed packet motifs intertwined with green vines of yellow flowers.

Members of the Eads Chamber of Commerce heard about the extraordinary potential for some new businesses that may come to Haswell and Eads. Jan Richards of the KCEDF reported that she has sold two more lots at Kiowa Estates south of town. She also showed a photos of eleven tents where a group of youth workers are camping at Jackson's Pond for about ten days while they work on the grounds out at the National Sand Creek Park site. She and President Dennis Pearson said that the Wild Life Division will be stocking the Pond with fish before the Kids Fishing Day on Sunday, May 15. These leaders also discussed the real need for a child care center in Eads and the possibility of a site. Jan said that people are welcome to attend the Steering Committee meeting at noon on March 18th at the Cobblestone Inn. Tristen Sheridan will head up the committee.

Alyssa Hadley and Trey Eder were feted with an elaborate and most lovely wedding shower at the Baptist Church fellowship hall. The hostesses were many of her close classmates from 10 years ago. It was such a nice time for the young ladies and relatives who attended the party.

Pastor Richard and Pat Zabriski moved to Arizona last month. They are happy to be near their son, Richie. The Pastor is combating a cancer problem now but doing well.

The Haswell community will be blessed when the young Eads family who has bought a home on Main Street moves to their town.

The deadline for nominations for the "Eads Citizen of the Year" and the "Volunteer of the Year" are due April 1st to Jan Richards or Dennis Pearson's offices.
LaVerle Kelley took a road trip to Amarillo, Texas, to visit her daughter, Linnea Gibson and families.

Cindy McLoud has spent many hours researching and writing a grant request for the future Eads Senior Citizens Center which will be in the former Wissel's Dry Goods (Teresa's Flower Shop) and the Scroggins Grocery Store. We realized how important photos and scrap books are of our organizations about town when Cindy needed information,

We miss seeing Alice Glover about town while she is recuperating from several cancer surgeries. However she will be back around town to those activities and social events she likes to frequent.

Muriel Davis of Haswell and her families were so distressed when she lost her little dog, Max, in Lamar recently when she was there shopping. A reward was offered. She and her friends are joyful because Max was returned!

Mrs. Monica Uhland is teaching the children new songs that they will sing with great zest at the Spring Concert. The Middle School students are writing their own scripts for a Game Show and advertisements for the production in May. I love how she teaches them to sing with such exuberance and joy.

The Republicans had caucuses in several sites in the county March 1st and the Democrats met at the J.J.'s Restaurant. The next step in the political process is the County Assembly that will be Monday, March 21st at 6:00 p.m. in the Cobble Stone Inn.

The Eads Lady Eagles left last Friday to play in the Regional Play-offs at the Olympic Training Center in Colorado Springs. Many fans went to the Springs to cheer for the team. After Saturday night, the Kit Carson boys and girls teams will be moving on to the State Tournament in Loveland, CO. Max and Donna Owens went to the Springs to watch the tournament. They were especially interested in the Wiley Boys Team of which their grandson, Brock Shallberg, is an assistant coach. They also were going to the 4-A games to watch their son, Max Junior's son play in the Regional meets also.

The movie at the Plains Theatre this week is "Eddie the Eagle" which tells the story of an outstanding athlete in the l988 Olympics.

Friends of Glaida Craven are welcomed to attend a Swedish Style Birthday Party at the Kit Carson Historic Pool Hall on Saturday, March 26th between 1 to 5 o'clock.

Jeremy and Tara (Weber) Gaynor will be hosting a party for their little Paisley's first birthday at the Community Building in Kit Carson.

Next week will be Spring Break, so please watch out for children and youth who might be walking and riding around the streets in the day time.

Next Wednesday, March 16th is the noon dinner in Eads and Haswell. We encourage people who have not come before to come, try out the fellowship and visiting. Last week at the Brunch we were pleased to have Nola Engstrom return as well as Janet McKnight, Gloria Peck and Betty Frazee. Marsha Mousel and Pam Mousel came down from the Denver area to visit and check on Orville and Rita. They brought Rita to enjoy the hour with her friends.

Pam Brown Weirich had the misfortune to have a serious fall in Washington D.C. while she was there visiting her daughter, Kylie Hager who is a civilian employee in the capitol city for a while.

Sunday, we drove out to Jackson's Pond. There were fisherman around the pond and there is a new shed on the hill. Thank you, to the volunteer men and women who mow and rake and keep the recreational area clean and neat.

Friends and family celebrated with Mary Anne Ure and Vi Koch who had birthdays last week-end at the Prairie Pines.

What harmonious singing we had with Pastor Tony Jensen Sunday. Irma Krehbiel age 96 amazes us with her pretty singing.