Last week I looked at the nominees in the Acting categories for the upcoming 92nd Academy Awards. This week I'll look at four more categories, even though I know we're all here for Best Picture.

"Little Women" is easily the most recognized source material here (at least in terms of story, not character). I see voters trying to mitigate complaints about the all-male Best Director category by giving Greta Gerwig a win here for making empowering additions to the overly-familiar text.

Tough choice here, at least among the Best Picture nominees (sorry, "Knives Out"). I'll go with "Parasite" because voters like to give Screenplay awards to plucky underdogs that can't cut it in major categories (as with previous winners "BlacKKKlansman" and "Get Out," along with my own prediction for Adapted Screenplay).

To me, this category is intrinsically linked with Best Picture. I never pick a director to win this category if their film isn't my pick for Best Picture, and vice versa. So in the interest of not spoiling my pick in the main event, I'm not going to give away my pick here, just know that it corresponds to Best Picture.

First of all, scratch "Ford v Ferrari," "Jojo Rabbit," "Little Women," and "Marriage Story." No nomination for the director means that there isn't a lot of confidence for the film (though admittedly "Green Book" did pull off Best Picture without a nomination for Peter Farrelly last year). There's a case to be made for all of the remaining films. "The Irishman" has prestige on its side with the reputations of Scorsese and the cast reuniting for familiar subject matter. "Joker" has popularity on its side, both in terms of box office ($335 million domestically) and total nominations (11). "1917" has momentum on its side, it's most likely the film voters have seen most recently and will be the biggest player at the box office in the weeks leading up to the show. "Once Upon a Time... in Hollywood" has the industry on its side, Hollywood loves a movie about Hollywood (as with previous winners "Argo" and "The Artist" just in the last decade). "Parasite" has critics on its side, with the highest score on Rotten Tomatoes and Metacritic among other accolades. So I have to look for reasons why the five front-runners should lose. "The Irishman" is on Netflix, something of a crime against the still-theater-based industry. "Joker" earned some scathing reviews and comic book movies are a notoriously tough sell to Oscar voters. "1917" didn't get any nominations for its cast and voters already named a one-shot movie Best Picture five years ago with "Birdman." "Once Upon a Time... in Hollywood" came out over six months before the ceremony and I didn't like it, which ought to count for something. "Parasite" also didn't get any nominations for its cast, and it's in Korean, which will turn off voters averse to subtitles. It's tight race, as it should be, but I'm going to go with "1917." World War I is grand-scale subject matter and the Oscars deserve a grand-scale winner. Congratulations, "1917" and Sam Mendes, you're my picks for Best Picture and Director, respectively. 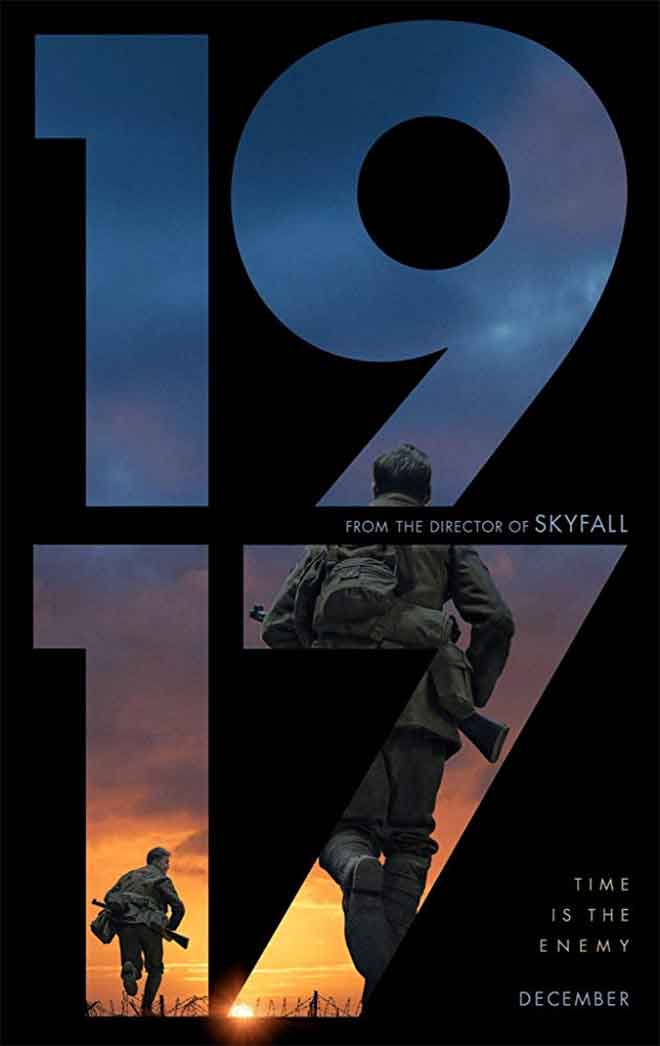