"A new command I give to you: Love one another." John 13: 34. Readers, I encourage you to find ways to show your love in actions and in words.

There was a big turnout of people who went to the Haswell Fish Fry last Sunday. Blue Lake fishermen Paul Stoker and son, Blake Stoker, were busy frying fish outside the community building served with Donald Oswald's special hush puppies and all the other tasty side dishes the other friends brought. My mother, Ida, used to just love going to those Haswell Propane Shop Appreciation fish fries. Virgil Allen said that the stage was full of people and lots of guests had to set up tables of the gym floor.

There are huge mountains of milo at the east and the west end of 14th Street. They say the harvest is good this year. Some farmers are busy harvesting corn too. The trucks are rolling into the elevators that really made a lot of dust from all the traffic. I have been watching Barry Koch's crew cut corn up north on the correction curve of Highway 287.

Our community offers their deep sympathy to Katie (Wilcox) Rittgers and her children, spouses, and children since the death of her husband, Les Rittgers. His funeral will be Sunday, November 5, at 2:00 p.m. at the First Christian Church. Their children are Jennifer Schofield of Eads, Becky Rittgers of Eads, Bobby (Jackie) Rittgers of Eads, and Leroy (Shanna) Rittgers of Pueblo. 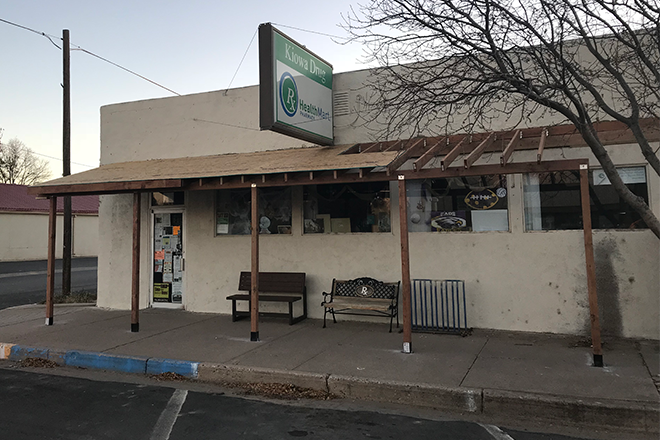 Will Rybacki, who is a master builder has been constructing an awning on the front of the Kiowa HealthMart. Just a block south, I saw workers setting in the glass windows and a door that will be part of the future Senior Citizen's Center. 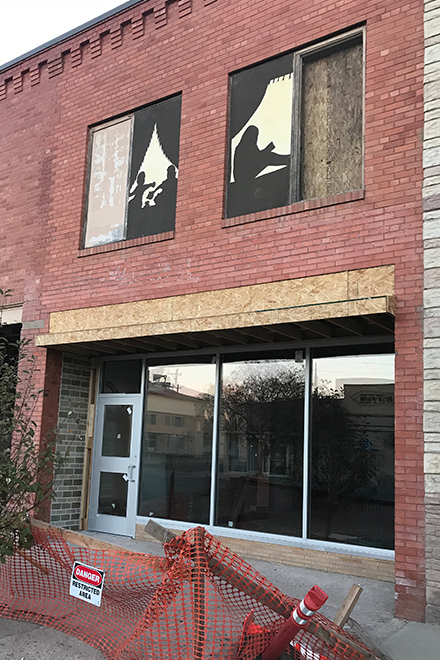 Thursday, I went to the Pep Rally at Eads High School where educator Stephanie Bohlander had done extensive research on Eads' sports teams that have had so many years of winning. She emphasized that the teams were made up of "really good people" who were good students and champions. She also showed that the Eads schools have also had many winning knowledge bowl students, outstanding in academics, music, and art. We have had an attitude and culture of winning. Mrs. Bohlander gave a pep talk and best wishes to the volleyball team and the football team members for the coming weekend playoffs. 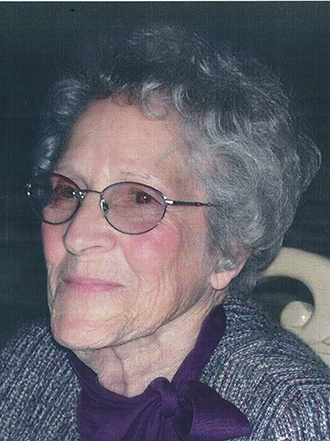 Bernice Tuttle's funeral was held at Sheridan Lake Bible Church, with her burial at Towner where her sons, Gary and Larry (Judy) Tuttle live. Bernice has been such a lovely supportive lady through the years in the Plainview community.

Brandon residents, Mike and Deb Lening, had an unfortunate accident near Arlington. They and their friends are praising God that they were wearing their seat belts and know that it could have been so much more harmful to them.

Former Arlington rancher, Cliff Johnston, is living in the nursing home in Ordway now. He would enjoy visits from his friends when they may be over that direction.

Cindy Newman, Prairie Pines staff member, accompanied several; residents to the Weisbrod Extended Care Unit coffee hour Thursday morning to chat over Daylight Donuts that Teri Castle had delivered from Lamar. It was such a nice time for the townspeople who came too.

A number of Eads friends drove to Limon last Saturday to help Delores Rector of Eads celebrate her 90th birthday with her twin brother, Tom Price of Stratton. They were gratified to see that a really large group of relatives and friends came.

Residents of Prairie Pines are welcoming new residents: John and Mary Kemp, Bud Lowe, and Lil Penn. There are some other lovely rooms available if people want to inquire of Tina Kraft the Administrator.

Debi Derby, Sheriff's Deputy Secretary, was a guest at the quarterly VALE Board meeting Monday morning. What a good asset and advocate she is for our officers. Debi also serves on the District VALE Board, which takes travel and time to Lamar to deliberate how and to whom money can be allocated after applications are filed at the Judicial Office. VALE stands for Victim Assistance Law Enforcement. Money that can be given at the District and Town of Eads office comes from a percentage of money received based on tickets issued. We do appreciate the work of our officers in Kiowa County. Let's take time to tell them and show them.

College cowboy Bryce "Pete" Batterton drove home from his Texas college over the weekend to get some hay. He had a nice visit with his grandmother, Phyllis Batterton, and some of the ladies after "coffee hour" were glad to greet him too.

Duane and Brenda Stoker of Eads celebrated their 50th wedding anniversary at Prairie Pines Saturday afternoon. Their son, Jared, and his wife, Leslie, and children were here from Canyon, Texas, to host the lovely party for many relatives and friends.

The whole Plainview grade school of 19 Kindergarten to fifth grade students came to the Prairie Pines Senior Living Center in Eads for their monthly visit to their "adopted grandparents" last week. When they came, they read story books to the residents in groups of students and brought pretty terra cotta flower pots painted like candy corn and filled with candy corn to each resident. The three educators with the students are Jeanne Smith, Susan Greenfield, and Jaysel Magno.

Bill Lowery and his wife stopped by the Kiowa County Press office last week. They were on their way to Boulder for the University of Colorado homecoming game. Every year before the homecoming game, there is Ralphie's Corral, CU's official pre-game tailgate party. Many will know Ralphie as the CU Buffalo's mascot. Bill was instrumental in making sure a live buffalo was at every CU game, starting in 1965 when he first proposed the idea to the spirit committee, and in 1966 when he was one of four young men who ran onto the field with Ralphie I for a game with Kansas State. Bill's grand uncle and aunt were James (Jimmy) and Edith LaVelle, who were the editors and publishers of the Kiowa County Press for many years and well-known throughout the community. The LaVelle's daughter, Mary, married John Lowery, who was a brother Bill's father, John.