Harvest of winter wheat approached completion in several counties by the end of the week, according to the Mountain Region Field Office of the National Agricultural Statistics Service, USDA. 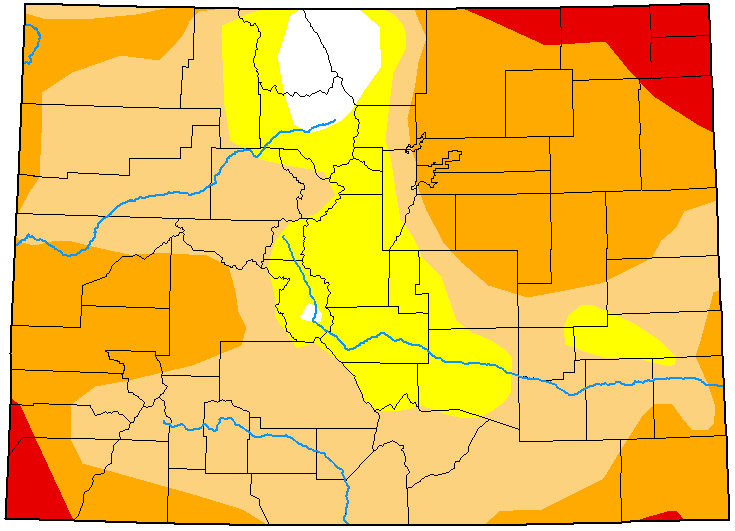 In northeastern and east central counties, continued high temperatures and limited moisture allowed winter wheat harvest to advance rapidly. Current reports state the conditions this growing season are unlike any other, and while yields are low, the overall quality of the winter wheat crop continues to be higher than expected. Moisture received over the weekend provided a much-needed reprieve from temperatures that have been more than ten degrees above average in some areas. Areas in Kiowa, Kit Carson, Morgan, and Washington Counties received over an inch of moisture late in the week. Irrigation water supplies were adequate with no reports regarding restricted usage. Non-irrigated crops and pastures continue to show signs of stress due to heat and inconsistent rain.

In southwestern counties, reporters noted crops are developing well after receiving decent moisture for the month of July. Rain has improved pasture and rangeland conditions, which allows producers to continue grazing livestock. A reporter in Mesa County stated irrigation water is being cut, limiting the amount of water producers can utilize.

In the San Luis Valley, above average temperatures and scattered thunderstorms were widespread last week. Reporters note the potato and barley crops continue to develop well, but more moisture would aide in crop development as irrigation alone can't keep up. According to county reports, irrigation water supply is a concern, with well levels dropping significantly.

In southeastern counties, above average temperatures and windy conditions were observed last week. Bent and Prowers Counties received wind gusts above 40 miles per hour over the weekend. Areas of Bent, Otero, and Prowers Counties received over an inch of precipitation, while the rest of the district remained primarily dry. The northeast corner of Bent County received the most moisture last week, with over two inches of rain received.