Several localities in northeastern counties received good moisture, but planting was delayed due to the wet weather. Severe weather and hail were noted. A county report noted winter wheat was damaged from high winds and hail, but the impacts were isolated. The moisture was especially beneficial for winter wheat and rangeland conditions.

East central counties also received moisture and experienced severe weather last week including a tornado near the town of Haswell. Despite recent moisture, a report from Kiowa County noted damage to winter wheat in the area from drought is not recoverable. Corn planting progressed in the district but remained behind last year. Livestock producers continued to provide supplemental feed in the wake of poor pasture grass growth thus far. 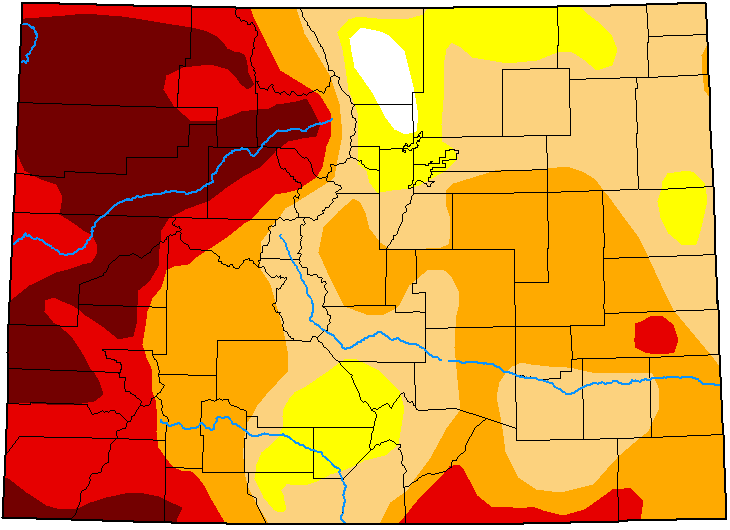 In the San Luis Valley, barley planting progressed quickly and several producers were nearly complete. Emergence was notably good although a county report noted a few barley acres were adversely affected by wind and were being cross drilled. Potato planting also made good progress amidst good weather. Conditions remained dry and pastures were notably behind normal. Livestock producers continued to provide supplemental feed.

As of April 28, 2021, snowpack in Colorado was 76 percent measured as percent of median snowfall. The Southwest and San Luis Valley were 61 and 72 percent, respectively.