Harvest continued ahead of average for most crops last week, according to the Mountain Region Field Office of the National Agricultural Statistics Service, USDA.

Conditions remained very dry. According to the latest U.S. Drought Monitor report, the entire state was experiencing moderate to exceptional drought conditions. Over 59 percent of the state was rated in extreme to exceptional drought. Extreme wildfire activity due to warm temperatures and wind continued in northwestern counties, although small amounts of precipitation were received. 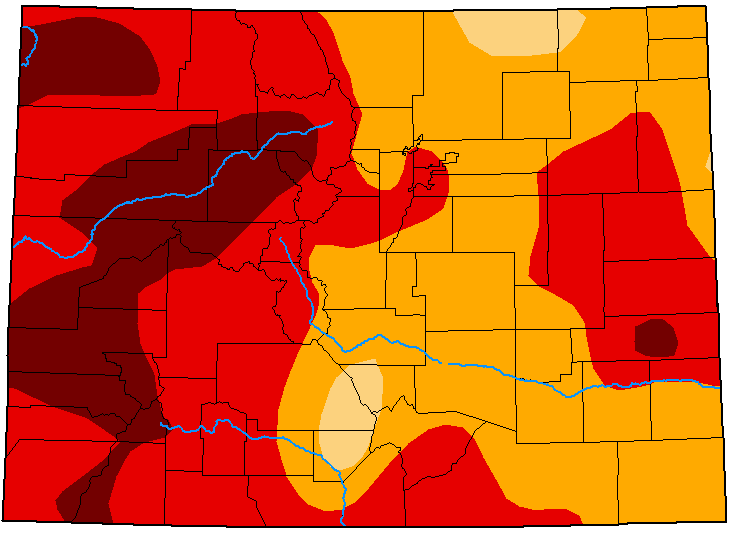 In northeastern counties, corn for grain harvest was fully underway. Sugarbeet harvest continued and the fourth cutting of alfalfa neared completion. Winter wheat seeding also continued but emergence in areas was mixed due to very dry conditions. Livestock producers continued to provide supplemental feed in response to drought and feed supplies were limited.

In east central counties, a prior high wind event caused newly seeded wheat fields to blow severely. A county report noted producers expect to chisel fields in response. No moisture was received last week. Sorghum harvest was also underway. Harvest of other non-irrigated spring crops such as sunflowers and corn was limited in areas due to damage from extreme drought.

In southwestern counties, dry bean harvest was virtually complete and the forth cutting of alfalfa continued. Exceptional drought conditions remained with little relief.