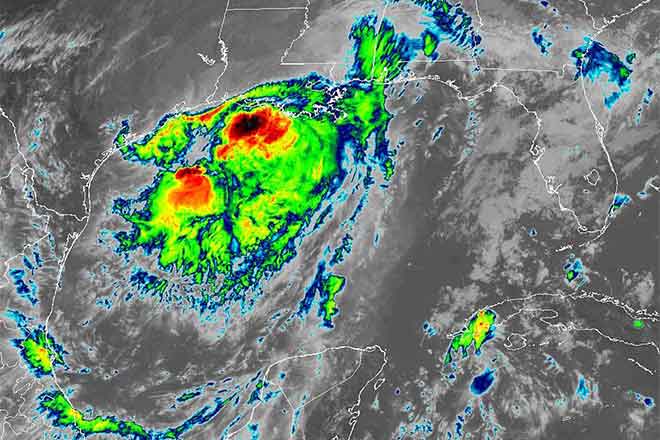 By David Jacobs | The Center Square

But for the most part, the storm that proved to be far less dangerous than forecasters feared was over, and the post-storm assessments could begin. 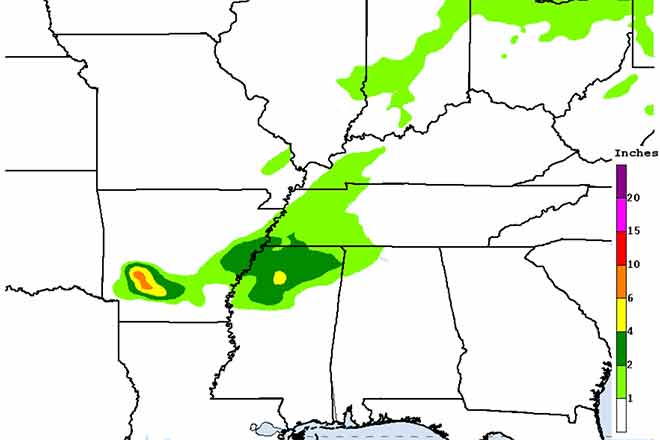 Barry's wind speeds only briefly rose to hurricane status on Saturday, but rain and storm surge were the primary concerns. Gov. John Bel Edwards said 900,000 sandbags were distributed, the most in state history.

Forecasts called for 10 to 15 inches of rain for much of the state and as much as 25 inches of rain in some places, but the actual totals mostly fell short as dry air pushed the heaviest rain bands away from Louisiana's coastline. Edwards said National Weather Service officials told him the rain did indeed fall, but it fell over the Gulf of Mexico.

However, the predicted storm surge, which is rising water caused by wind and lower atmospheric pressure, reached nine feet in Terrebonne Parish, compared to projections of four to six feet, Edwards said, crediting a vastly improved levee system for limiting damage. Only a few levees that were under construction were overtopped, and it appears that no levees anywhere in the state were breached, he said.

"We believe, based on the information we have, there was more storm surge [in Terrebonne] from Barry than there was from [hurricanes] Rita and Ike," he said. "Rather than have thousands of structures taking on water, I think maybe it was 11."

FEMA representatives have been on the ground in Louisiana since last week. Federal, state and local officials will begin damage assessments in the coming days to determine if Louisiana qualifies for federal assistance, and how much.

There are essentially two buckets of money for which the state might qualify: One for residents, and one for public assets like government buildings and infrastructure.

The Department of Agriculture and Forestry will assess damage to crops and losses of livestock. State Sen. Bret Allain said it did not appear that the sugarcane crop in St. Mary Parish, which took a direct hit from Barry, had suffered very much, though about half of the soybean crop may have been lost.

Although state and local officials said they were pleased with the response, Edwards said they would review what happened and see if improvements could be made for next time. He suggested residents and business owners also review their preparations.

As Edwards noted, it's only July.

"This is just the beginning of hurricane season," he said. "We have a long way to go."