Bloomberg drops out as Democratic race basically between Biden, Sanders 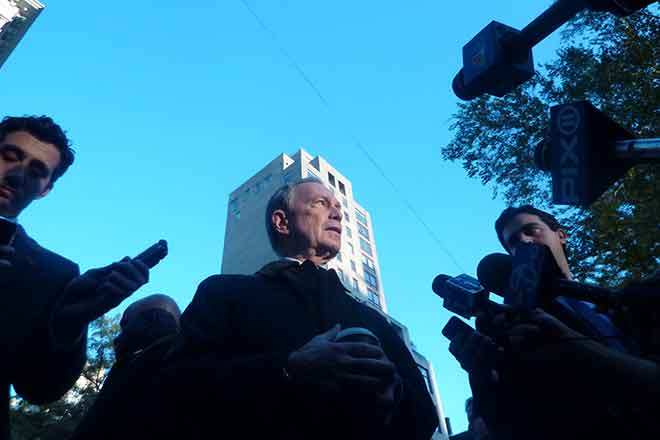 Super Tuesday results show the race for the Democratic presidential nomination will come down to former Vice President Joe Biden and Vermont Sen. Bernie Sanders, something former New York City Mayor Michael Bloomberg realized as he announced Wednesday he was dropping out.

In doing so, Bloomberg said he was endorsing Biden. Minnesota U.S. Sen. Amy Klobuchar, who announced Monday she was also exiting the race, also endorsed Biden, as did former South Bend, Ind., Mayor Pete Buttigieg, who ended his campaign Sunday.

"I've always believed that defeating Donald Trump starts with uniting behind a candidate who has the best shot to do it," Bloomberg said in an email to supporters Wednesday morning. "After yesterday's vote it is clear that candidate is my friend and a great American, Joe Biden."

Bloomberg also said he was "glad to endorse him," and "will work to make him the next president of the United States."

Media were also reporting Wednesday that Massachusetts Sen. Elizabeth Warren was meeting with advisers to determine the future of her campaign after finishing third in her home state and failing to win any states Tuesday.

According to Advertising Analytics, Bloomberg spent nearly $200 million in advertising in Super Tuesday states, compared to Biden who spent $2 million.

Bloomberg's only win Tuesday came in American Samoa, picking up five of six delegates. The other delegate in American Samoa went to Hawaii Congresswoman Tulsi Gabbard. It was her first delegate, but it may not be enough to qualify her for the Democratic National Committee's March 15 debate in Phoenix.

Candidates were able to qualify for recent DNC debates in New Hampshire and South Carolina either through polling numbers or by earning a single delegate in states that had already voted.

A spokesman for the DNC told reporters Tuesday night "of course the threshold will go up," noting that nearly 2,000 delegates will have been allocated by then.

Biden won nine of the 14 states that voted Tuesday, including an upset in Texas, while Sanders was the predicted winner in California, where more than 600 delegates will be awarded.

Sanders won his home state in addition to Colorado and Utah. As of late Wednesday morning, Biden had 506 delegates and Sanders had 455. The eventual nominee will need 1,991 to win at the convention this July in Milwaukee.