Employers in Colorado added 6,500 nonfarm payroll jobs from May to June for a total of 2,647,000 jobs, according to the survey of business establishments. Private sector payroll jobs increased 6,100 and government increased 400. 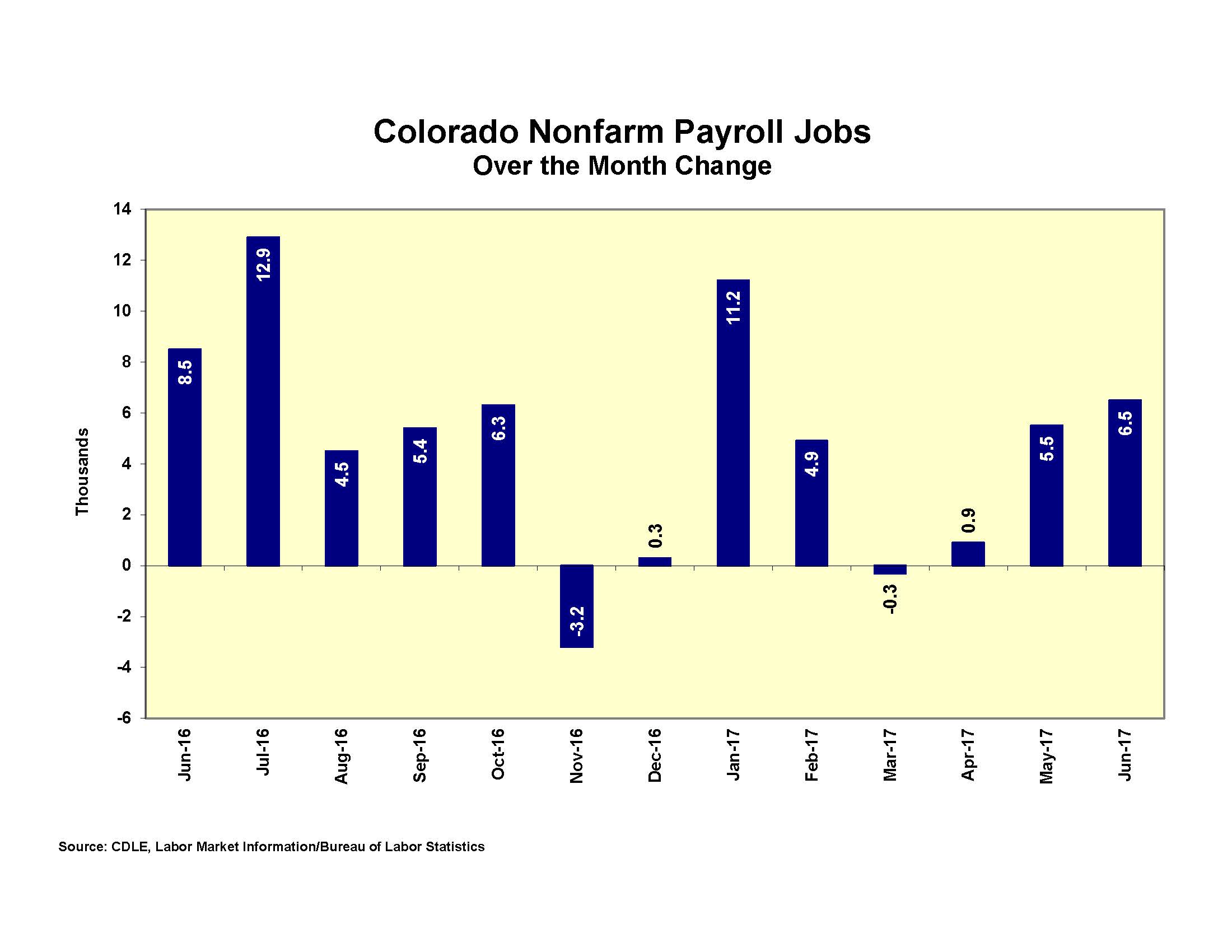 Over the year, the average workweek for all employees on private nonfarm payrolls increased from 33.7 to 34.2 hours and average hourly earnings decreased from $26.80 to $26.75.

Nonfarm payroll jobs increased 54,900 for the year, with an increase of 51,600 in the private sector and an increase of 3,300 in government. The largest private sector job gains were in trade, transportation, and utilities, professional and business services, and leisure and hospitality. Mining and logging declined over the year.